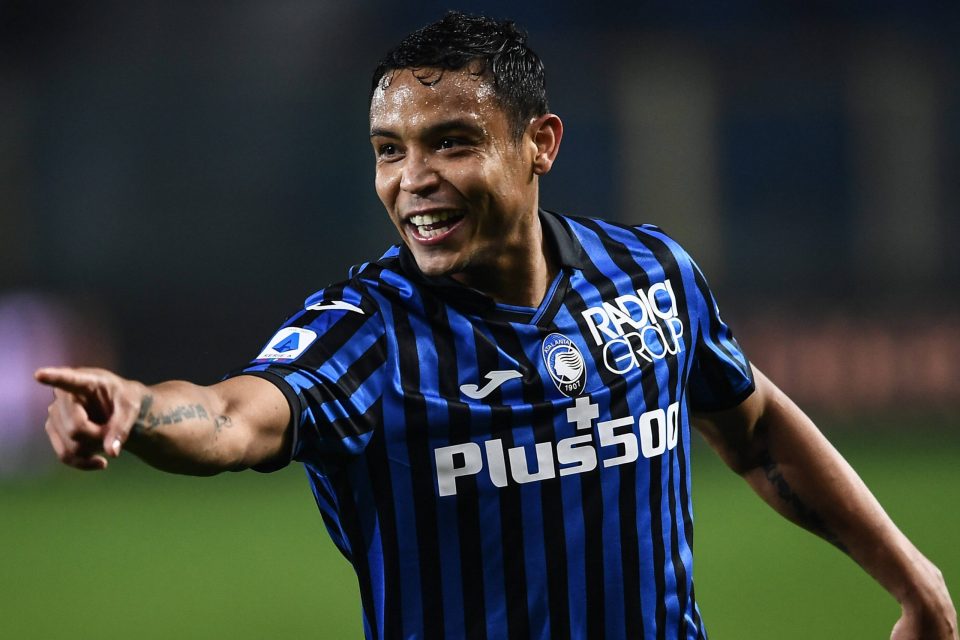 Inter coach Antonio Conte’s desire to bring in Atalanta striker Luis Muriel has been met with agreement by senior figures at the club.

Colombia international Muriel has emerged as a transfer target to complement Romelu Lukaku and Lautaro Martinez, as Inter begin focusing on building on a potential Scudetto success this season.

As reported in today’s newspaper edition of La Gazzetta dello Sport, Conte is a keen admirer of Muriel and sees his arrival as a chance to ease the burden on Lukaku and Martinez, whilst he has also received the backing of the club.

There is an understanding that the team must continue to evolve to avoid stagnation and bring in greater competition for places, and a new striker is considered the priority once Inter have balanced their books this summer.

Any approach for Muriel does not spell the end for Alexis Sanchez at Inter either, with the Chilean set to be retained as part of an attacking quartet going into next season, with the Nerazzurri ready to compete on multiple fronts.