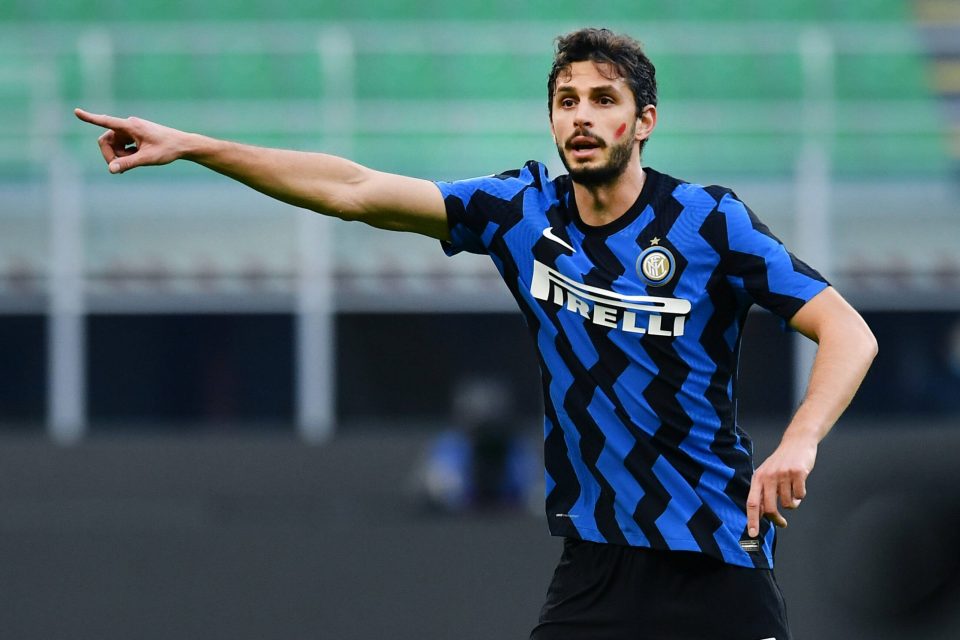 Andrea Ranocchia has interest from three Serie A clubs ahead of next season, according to a report in the Italian media.

FcInterNews.it said the Inter defender would give priority to signing an extension with the Nerazzurri, who he joined way back in 2011.

However, Inter are showing no signs of beginning fresh contract talks with Ranocchia, whose current deal expires in the summer.

The Italian’s agent Tulio Tinti is therefore looking around to find other options if no renewal were to arrive, and it seems Lazio, Sassuolo and Bologna are all keen.

Mateo Musacchio is likely to leave Lazio at the end of this season and the Biancoceleste’s head coach Simone Inzaghi is fond of Ranocchia as a possible replacement.

Sassuolo and Bologna have shown interest in the 33-year-old previously – as have Benevento, although they are less interested now – and could reignite their pursuits too.

Ranocchia has always provided reliable performances for Inter whenever Antonio Conte has called upon him, the report explained, which makes him an appealing prospect for other Italian clubs.

The centre-back’s heart would encourage him to stay in Milan, but his head is telling him he needs to look around and consider his future.

Should Inter refuse to offer a contract extension, of course, Ranocchia’s decision would already be made for him.