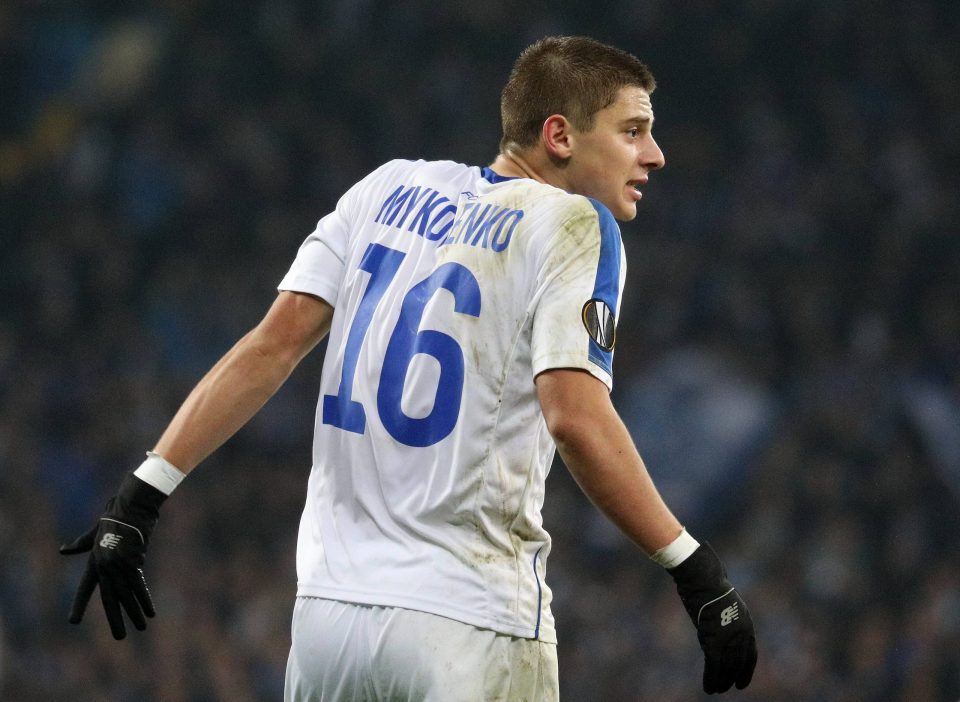 Vitaliy Mykolenko is ready to play for a top club like Inter, according to the Dynamo Kiev defender’s agent.

A report in Italy yesterday said the Nerazzurri had been monitoring the 21-year-old’s progress for over a year now, with Antonio Conte seeking an alternative to Ivan Perisic at left wing-back.

Sergey Serebrennikov told Minutidirecupero.it today that there was lots of interest for his client but refused to be drawn on where Mykolenko could move next.

Asked about rumoured interest from Inter, AC Milan and Napoli, he said: “They’re all great clubs and the player has the qualities to play for each of them.

“But it’s too soon to talk about that.

“Mykolenko is being linked a bit with everyone at the moment because he’s a very young player who’s already played in the UEFA Champions League and for Ukraine’s national team.

“As far as I’m concerned he really could play for anyone.

“There’s a lot of interest in him but nothing which is serious at the moment, if we’re honest.

“Personally I’d love to bring Mykolenko to Serie A, I love the way football is played in Italy because it’s a real education for youngsters.

“Mykolenko has great qualities but he needs to improve a lot tactically and in terms of mentality, and Italy is perfect for this.”

Inter are widely thought to be targeting the left wing-back position ahead of the summer transfer window, despite Perisic’s impressive recent upturn in form.

Ashley Young is out of contract in the summer and there is little sign of the 35-year-old having his stay in Italy extended, having struggled for game time under Conte this year.

Federico Dimarco has been linked with a return to the club after another impressive campaign on loan at Hellas Verona.