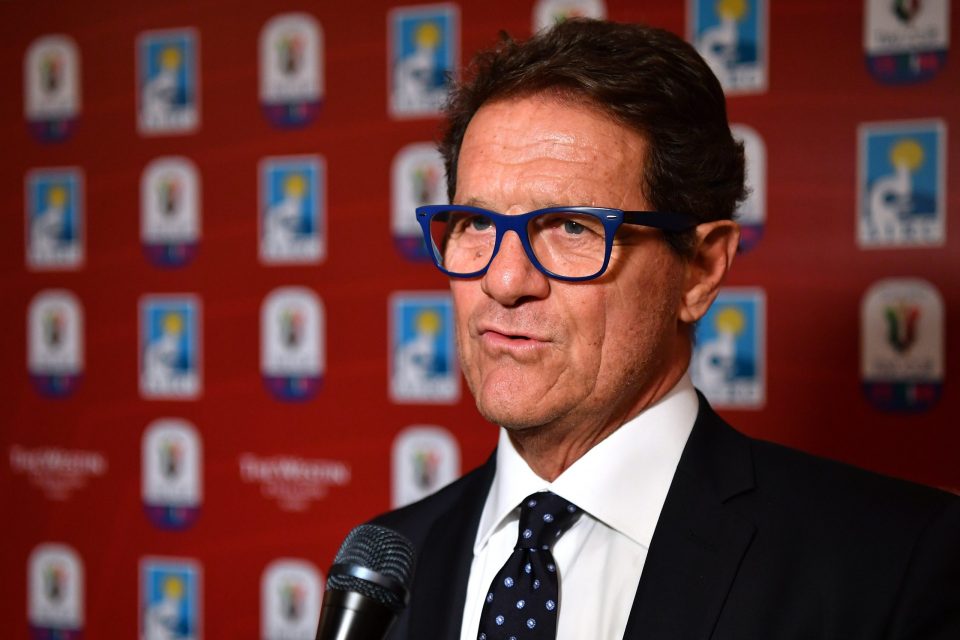 Inter have been Serie A champions for nearly two months now, at least if you believe Fabio Capello.

Antonio Conte’s side are six points clear of AC Milan at the top of the table (with a game in hand) as they prepare to face Bologna on Saturday.

The Nerazzurri still have 11 matches left before they can celebrate any Scudetto victory, but some appear certain that the job is already done.

“The battle for first place finished when AC Milan lost away to Spezia (on February 13).”

AC Milan kept the pressure on Inter before the international break, securing a come-from-behind win at Fiorentina after the Nerazzurri’s match against Sassuolo was postponed.

Conte’s side will play the rearranged game with Roberto De Zerbi’s side next Wednesday, between their fixtures against Bologna (away) and Cagliari (at home).

Juventus remain 10 points behind their arch rivals Inter after the Bianconeri suffered a shock defeat at home to Benevento two weeks ago.