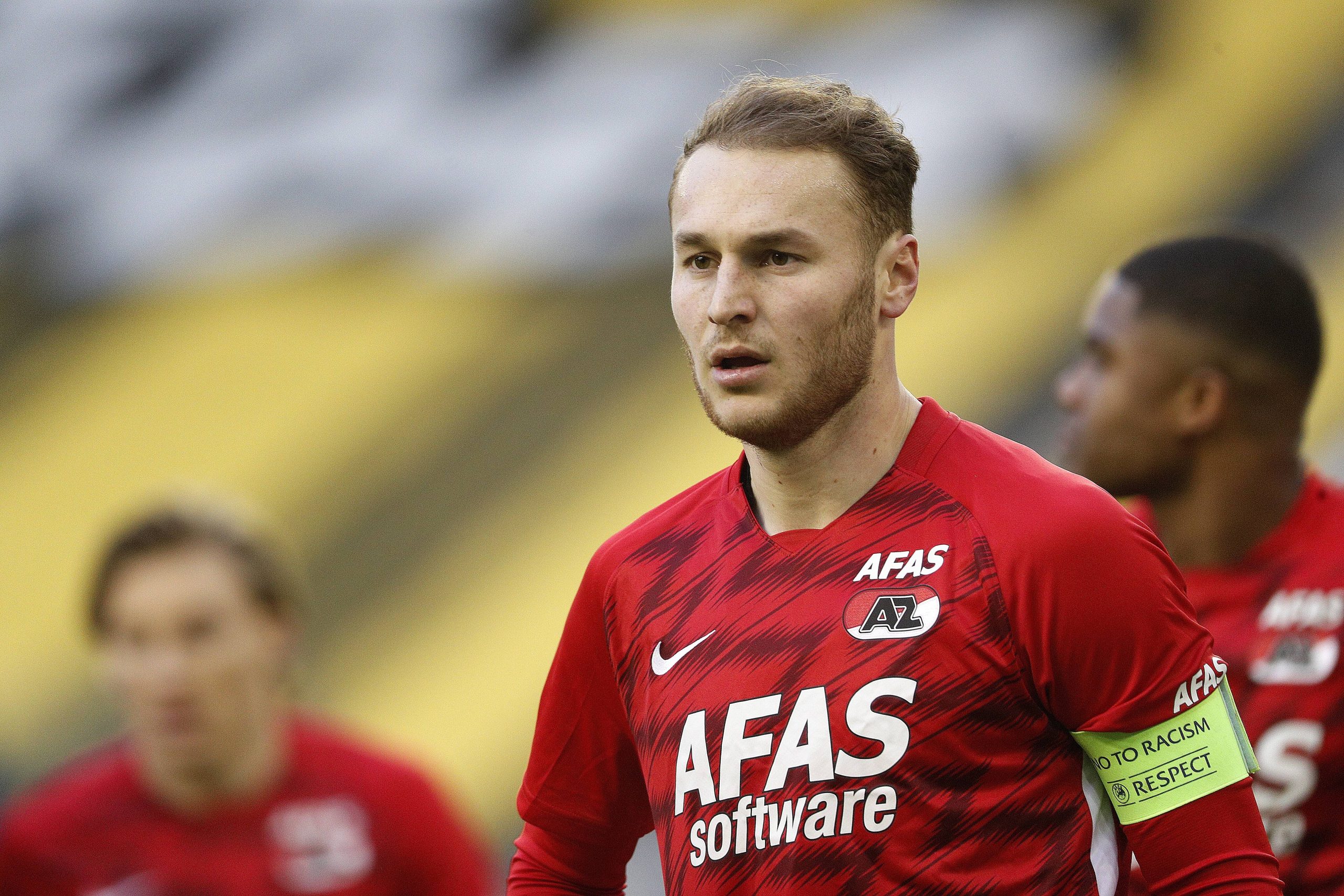 Inter are one of many top European clubs interested in AZ Alkmaar captain Teun Koopmeiners, his agent confirmed today.

Koopmeiners is establishing himself as one of Europe’s most promising young midfielders, having scored 17 goals and provided seven assists for Pascal Jansen’s side this season.

Inter, Napoli and Roma have all been linked with a move for the 23-year-old in recent weeks and Koopmeiners’ agent Bart Baving did little to quash those rumours.

Asked if reports of the Nerazzurri’s interest were true, Baving told FcInterNews.it: “Koopmeiners is on the lists of many clubs in Europe’s top five leagues and Inter are one of them.

“I haven’t spoken directly to the Nerazzurri yet but it’s still early in the season and we’ll see what happens in the next few months.

“For now, Teun is focused on AZ Alkmaar and the Dutch national team.”

Baving previously revealed that Koopmeiners was a fan of Serie A and Italian football in general, and he was again asked whether Italy’s top flight could be the right next step for his client.

“Teun’s passing ability, build-up play, tactical intelligence, physical strength and mentality would help him adapt to all types of leagues, Serie A included,” he argued.

“I have no doubt he has all the qualities to make a big impact at any club, he is intelligent on and off the pitch.

“Teun loves going to Italy on holiday; he likes their lifestyle, the weather and the fans’ passion for football there.

“I can’t give you a price tag but when this season finishes he’ll still have two years on his deal at AZ Alkmaar.

“He’s more than ready to make the next step in his career.”

Koopmeiners’ agent was also asked to describe the midfielder to those who hadn’t seen him play, leading Baving to draw a couple of ambitious comparisons.

“The only difference is Teun will score more goals than any of these players,”

Koopmeiners has scored four goals in AZ Alkmaar’s last six league games, with Jansen’s side sitting third in the Eredivisie.