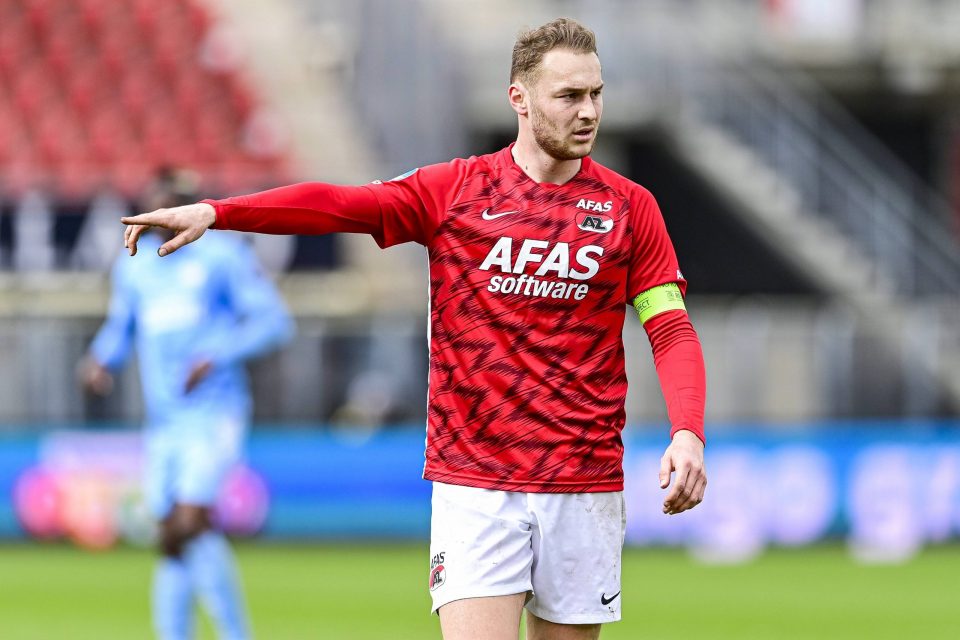 Inter are considering a summer move for AZ Alkmaar captain Teun Koopmeiners, according to a report in the Italian media today.

Calciomercato.com said the Nerazzurri wanted to sign a back-up for Marcelo Brozovic, with nobody able to replace the Croatian convincingly in central midfield.

Koopmeiners is establishing himself as one of Europe’s most promising young midfielders, having scored 17 goals and provided seven assists for Pascal Jansen’s side this season.

The 23-year-old’s agent has confirmed Inter are one of many top European clubs interested in Koopmeiners, and now this report says the midfielder is ‘an idea’ that Inter are studying.

Inter are ideally seeking a younger midfielder who can develop under Brozovic’s wing, with Antonio Conte seemingly unsure about Nicolo Barella and Christian Eriksen as understudies for the former Dinamo Zagreb man.

The Nerazzurri will need greater certainty in terms of their economic situation before they can properly pursue a move, but Bart Baving (Koopmeiners’ agent) seems keen on a deal if his comments are anything to go by.

Koopmeiners impressed for AZ Alkmaar during their two UEFA Europa League group stage matches against Napoli, in which the Dutch outfit picked up four points (winning 1-0 in Naples).