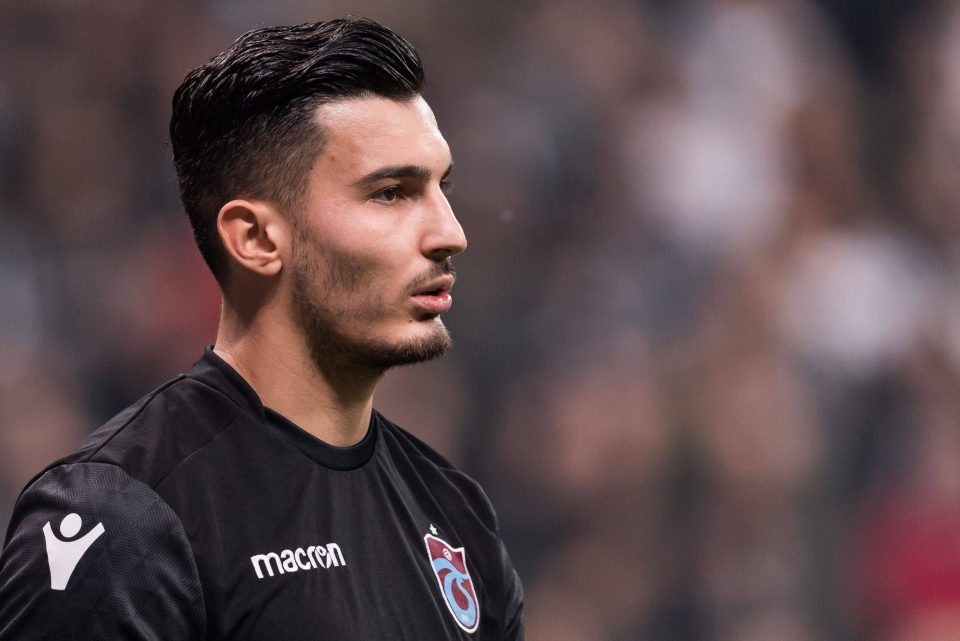 Inter have set their sights on Trabzonspor and Turkey goalkeeper Ugurcan Cakir, according to a Turkish media report today.

Cakir is rated by the Super Lig side at €30 million, but Trabzonspor would also want a 25% cut from any future transfer fee.

The 24-year-old has made 29 appearances in all competitions for Abdullah Avci’s side this season, keeping 10 clean sheets.

Inter are known to be on the hunt for a long-term replacement to Samir Handanovic, although reports are conflicting over whether the Slovenian will be displaced next season or the following summer.

Udinese’s Juan Musso, Cagliari’s Alessio Cragno, Genoa’s Mattia Perin, Sampdoria’s Emil Audero and Atalanta’s Pierluigi Gollini are among the goalkeepers to have been linked with the Nerazzurri in recent weeks.

Cakir has made seven appearances for Turkey’s senior side, starting all three of their FIFA World Cup qualifiers during March’s international break.