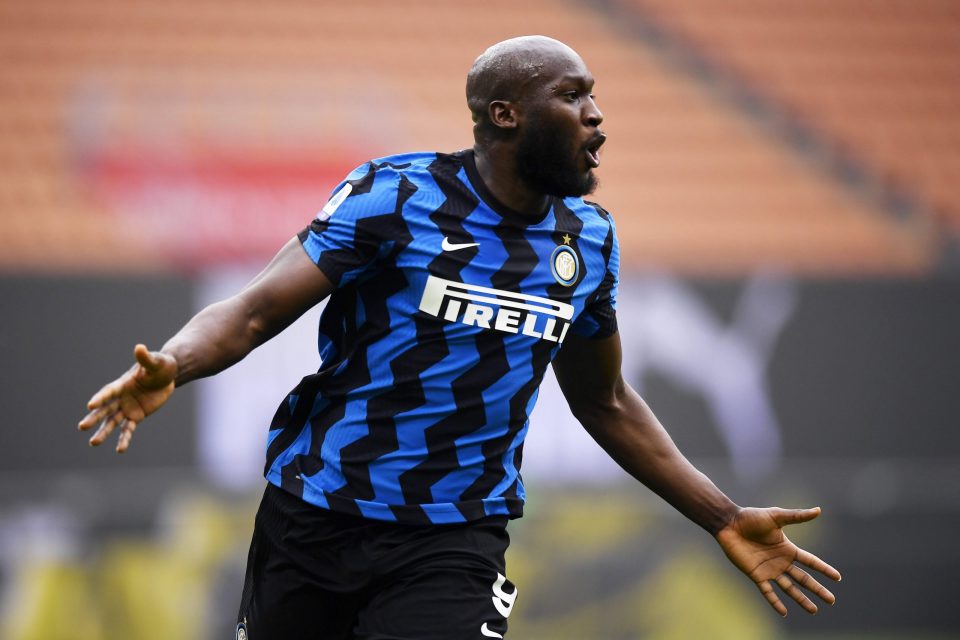 Romelu Lukaku has his sights set on an historic ‘triple crown’ between club and country this year, according to a report in the Italian media today.

As per Tuttosport’s print edition, Lukaku’s main objective is to help Inter win the Serie A title, with the striker resuming training at Appiano Gentile yesterday after international duty.

He is also targeting Serie A’s golden boot though as he currently lies second on 19 goals, four shy of Cristiano Ronaldo at Juventus.

Lukaku will then try to guide Belgium to their first major tournament success at this summer’s European Championships.

The 27-year-old should be able to reach Ronaldo’s goal tally before the end of this season, with the Milan-based paper pointing out that Cristiano’s current total of 23 was Lukaku’s final goal haul last year.

His personal best came during the 2016-17 season at Everton, when Lukaku scored 25 goals in the Premier League.

Gazzetta said Belgium had their best generation of players of all time and had an opportunity to seize at Euro 2020, having previously finished second back in 1980.

The Red Devils also came third in the 2018 FIFA World Cup in Russia, losing out to eventual champions France in the semi-finals.