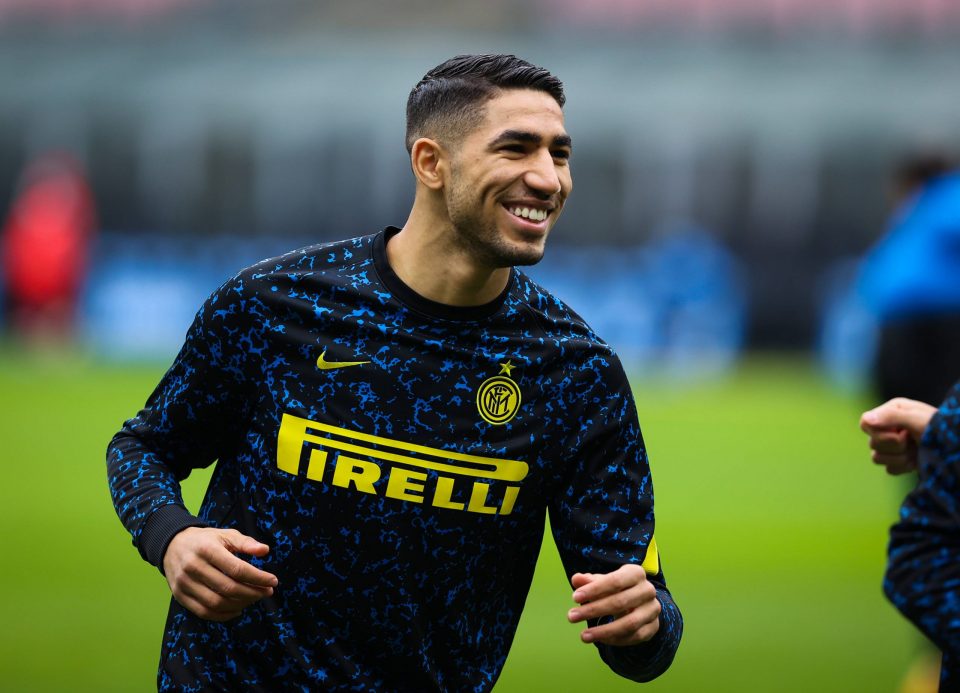 Achraf Hakimi was in high spirits on Wednesday as he flew home to re-join his Inter teammates.

The Nerazzurri’s wing-back represented Morocco twice in Africa Cup of Nations qualifying during the international break, playing 90 minutes in their matches against Mauritania and Burundi.

Hakimi was one of five Inter players to return to Appiano Gentile yesterday, along with Romelu Lukaku, Milan Skriniar, Marcelo Brozovic and Ivan Perisic.

The 22-year-old seemed excited about the prospect of meeting up with his teammates again as he flew home from Morocco.