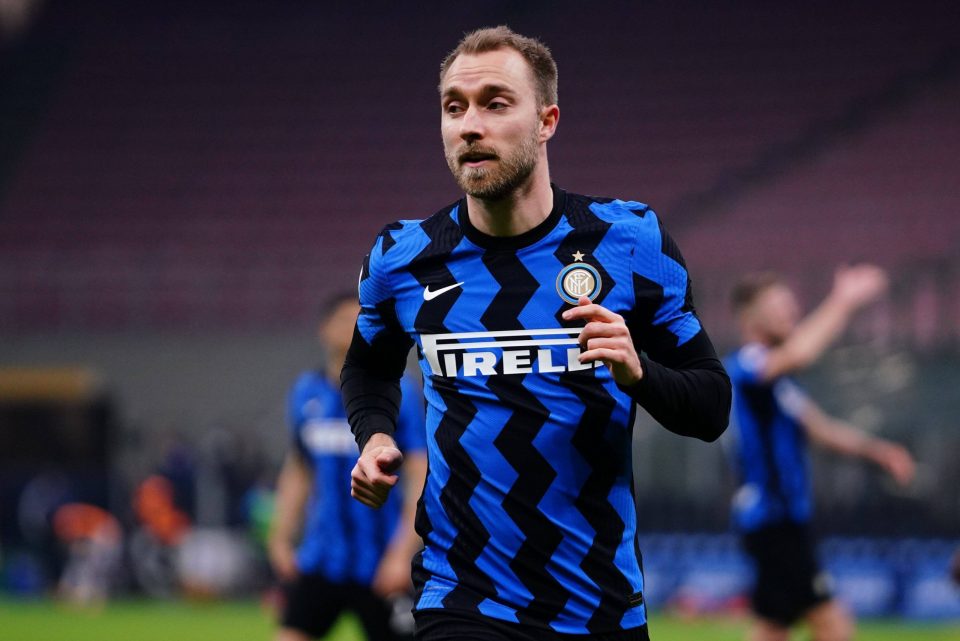 Inter midfielder Christian Eriksen has been praised for overcoming a difficult first year in Serie A to become an important figure in the Nerazzurri since the turn of the year.

However, he has enjoyed a period of good form since January and featured regularly for Antonio Conte’s side as they challenge for the Scudetto, earning praise from Italian journalist Andrea Paventi.

“He now understands what Conte wants as well as the language, he now speaks Italian. This is no small feat.”

With Inter set to take on Bologna in Serie A after a gap of almost three weeks, due to the international break and the postponement of a match against Sassuolo, Paventi revealed some expected changes to Conte’s line-up.

“Inter can resume the form that was interrupted 20 days ago to get closer to their objective, though with some absences, including [Ivan] Perisic, [Aleksandar] Kolarov and [Stefan] De Vrij, who has recovered [from COVID-19] but will be replaced by [Andrea] Ranocchia.”

The Nerazzurri go into this weekend’s fixtures with a six point gap over AC Milan and a game in hand, as they look to close in on a first league title since 2010.