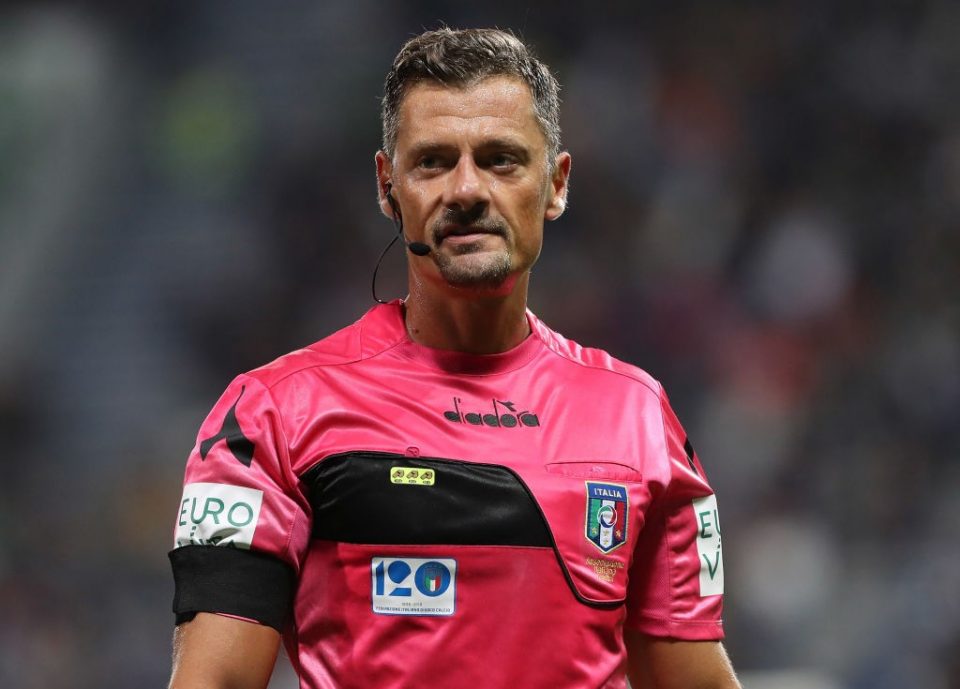 Referee Piero Giacomelli enjoyed a positive display as he officiated Inter’s 1-0 win over Bologna yesterday evening, with Italian media suggesting he got all the major decisions right.

The Nerazzurri left the Stadio Renato Dall’Ara with all three points courtesy of a first half Romelu Lukaku goal, as they opened up an eight point lead at the top of Serie A with a game in hand.

According to FCInter1908.it, Giacomelli did well in the middle and enjoyed a good start to the match with a correct call after just three minutes, as he opted against awarding a penalty to Bologna when Musa Barrow went down in the box.

Whilst Andrea Ranocchia had his hands on the forward’s back, the contact was minimal and Barrow appeared to already be falling, making the referee’s decision correct.

Giacomelli was also praised for returning to book Rossoblu defender Adama Soumaoro for a cynical foul on Lautaro Martinez in the build up to Lukaku’s goal.

The Trieste-native made the right decision to book Ranocchia in the second half, but was criticised for missing a challenge by Danilo on Martinez, whilst also failing to award Bologna a corner after the ball appeared to cross the line before Samir Handanovic collected it.

However, his decisions to book Inter’s Alessandro Bastoni, Marcelo Brozovic and Roberto Gagliardini, as well as Bologna pair Lorenzo De Silvestri and Musa Jawara were all deemed correct.