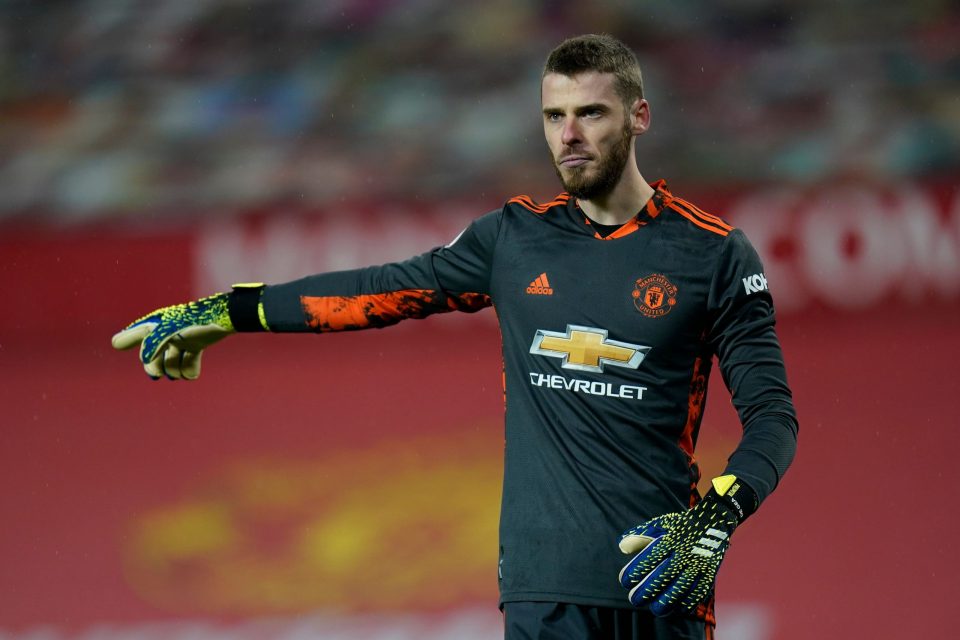 Inter are one of four elite European clubs considering a summer move for David de Gea, according to a report in the Spanish media.

Fichajes.net referenced a report from The Mirror in the UK which said De Gea was likely to leave Manchester United at the end of this season.

The goalkeeper will not find it difficult to find a new club, with Inter, Juventus, Paris Saint-Germain and Atletico Madrid all interested in a deal.

Samir Handanovic has always had the Nerazzurri’s confidence but Inter cannot afford to continue relying on the Slovenian completely, with him set to turn 37 later this year.

De Gea has made 29 appearances in all competitions for Manchester United this season, keeping 10 clean sheets for Ole Gunnar Solskjaer’s side.

Solskjaer now wants to bring in Dean Henderson as his first choice, which could trigger a bidding war for De Gea (who is under contract with the Premier League club until 2023).