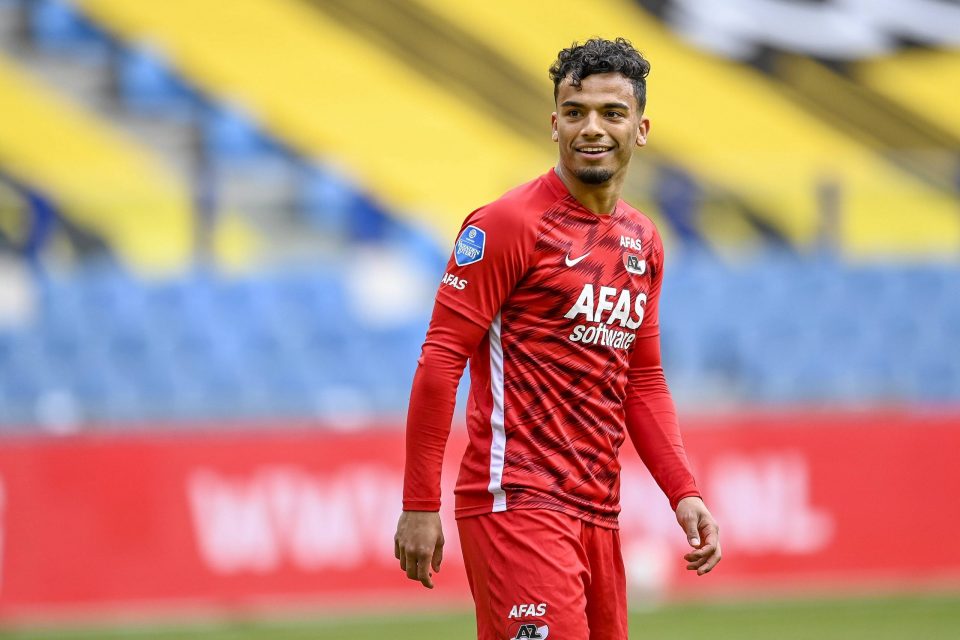 Inter have cast their eye upon a young Dutch international in their quest for a new left wing-back, according to a report in the Italian media today.

FcInter1908.it said the Nerazzurri were monitoring AZ Alkmaar defender Owen Wijndal, who is set to be included in Frank de Boer’s Netherlands squad for this summer’s European Championships.

The 21-year-old, who has Mino Raiola as his agent, has made 37 appearances for Pascel Jansen’s side this season, scoring once and providing five assists.

Inter’s scouts are following his progress in case the club opt to invest in a younger profile on the wing – although the report warned they were not the only team interested.

Achraf Hakimi has proved a complete success for Antonio Conte at right wing-back and now Inter are seeking another young but established player to complement him on the opposite flank.

Wijndal made his senior international debut under Ronald Koeman in October last year and has since earned seven caps for the Oranje.

He is described as a fast and technical full-back who impresses when running with the ball at his feet, as well as with his dribbling ability.

Wijndal’s best qualities are his pace and acceleration and has already proven he can play in a 3-5-2, much like Conte plays at Inter – although he has also played in a back four.