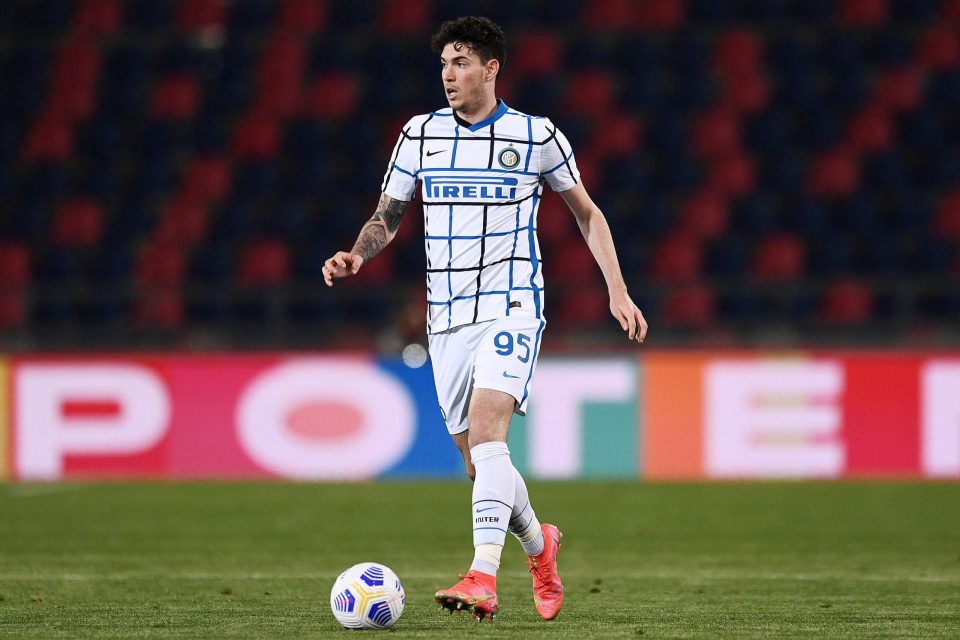 Inter fans have no reason to worry about Alessandro Bastoni’s long-term future at the club, at least according to one former club scout.

Bastoni starred in Saturday’s 1-0 win at Bologna after providing the assist for Romelu Lukaku’s first-half goal.

He is reportedly in line to sign a new and improved contract with the Nerazzurri, which would come as no surprise to Inter’s former scout Massimiliano Mirabelli.

Speaking in an interview for Libero’s print edition today, the ex-AC Milan sporting director said: “Inter won’t sell Bastoni, but lots of clubs will come in for him.

“You can’t find defenders as good as Bastoni in Europe: he’s the Nerazzurri’s equivalent to Gianluigi Donnarumma.”

Bastoni has made 33 appearances in all competitions for Inter this season, providing four assists for Antonio Conte’s side.

The centre-back will not feature in tonight’s rearranged fixture at home to Sassuolo as he is suspended, having picked up his fifth booking of the campaign at the Stadio Renato Dall’Ara last weekend.

Matteo Darmian is thought to be favourite to replace Bastoni, while Stefan de Vrij retakes his place in the back three from Andrea Ranocchia.