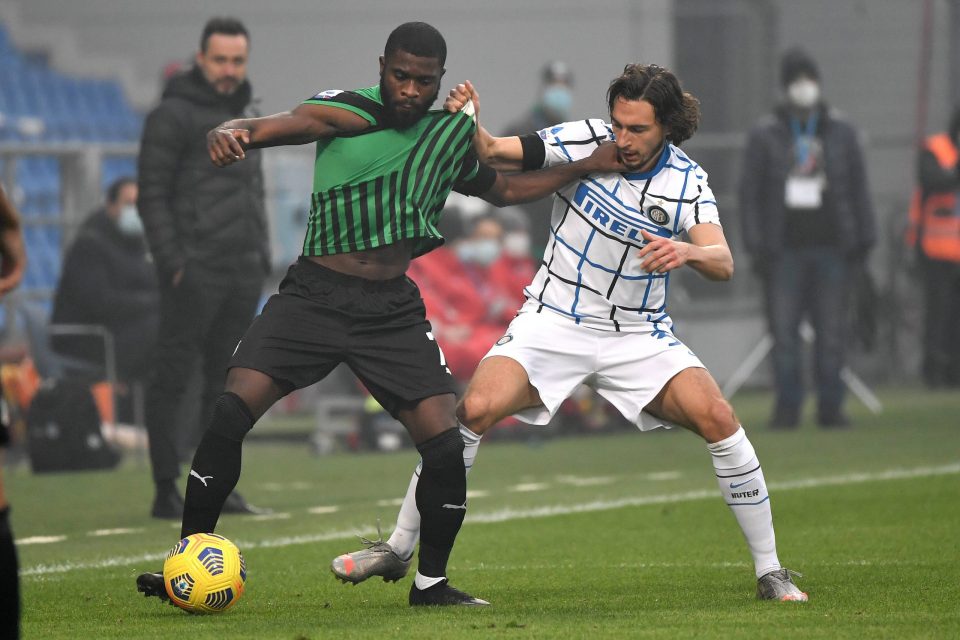 Inter’s rock-solid defence was reborn in their last meeting with tonight’s opponents Sassuolo, a report in the Italian media highlighted today.

Tuttosport’s print edition pointed out that the Nerazzurri’s defensive record has changed completely since their 3-0 win at the Mapei Stadium back in November.

Before visiting Reggio-Emilia on matchday 9, Antonio Conte’s side had conceded 13 goals in their first eight league matches.

Ever since the win over the Neroverdi, they have let in the same number of goals during the following 20 games.

Samir Handanovic had kept just one clean sheet in Serie A before the game against Roberto De Zerbi’s side in November, the Turin-based paper recalled.

On the flip side, the Slovenian has kept 10 clean sheets in the 20 games since, underlining Inter’s newfound solidity at the back.

Despite this, Inter have not let their own attacking stats drop, with 2.5 goals scored per game before the Sassuolo game and 2.4 goals per game during the next four months.

Conte has clearly struck the perfect balance with his Nerazzurri side and will hope to put that to good use once again tonight, when Inter will seek a tenth straight win in Serie A.