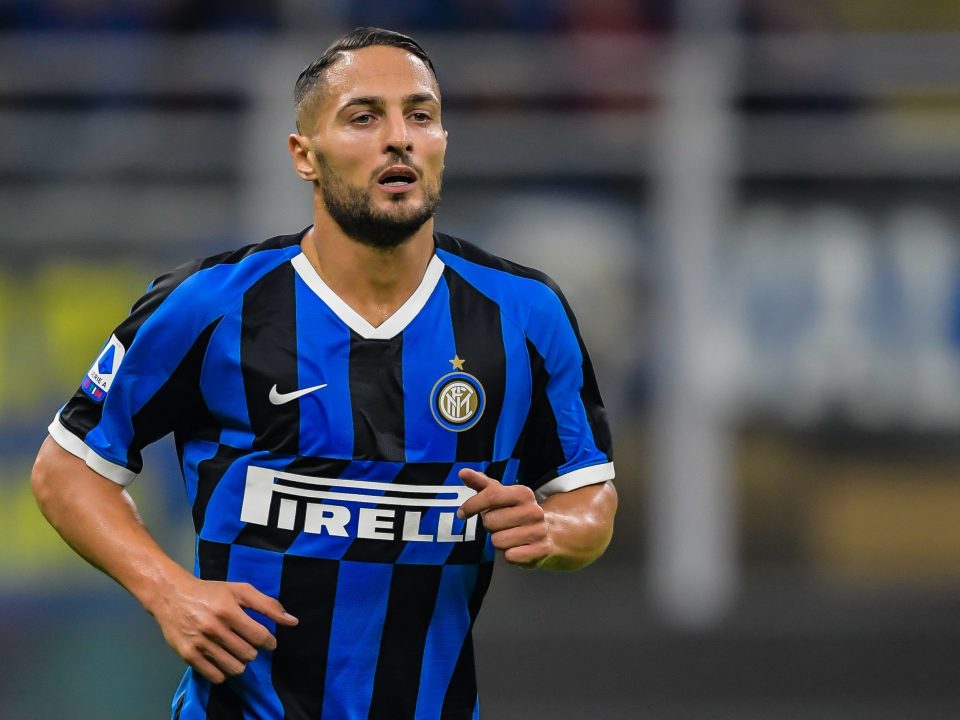 Inter defender Danilo D’Ambrosio is attracting interest from AC Milan, according to a leading Italian journalist.

D’Ambrosio’s agent Vincenzo Pisacane caused a storm on social media yesterday after he was confirmed to have visited the Rossoneri at their offices in Milan.

Most assumed Pisacane was there to discuss a deal for Napoli’s Lorenzo Insigne, another of his clients, but Rai Sport’s Ciro Venerato says the truth is rather different.

Speaking to Radio Kiss Kiss today (via FcInter1908.it), Venerato claimed AC Milan’s real target is actually D’Ambrosio, who is out of contract with Inter in the summer.

D’Ambrosio is one of three Inter defenders recently reported to be in line for a contract extension in the coming weeks.

The 32-year-old last featured for the Nerazzurri during their 1-0 win at home to Atalanta on March 8, having tested positive for COVID-19 the following week.

Antonio Conte has D’Ambrosio available again after the defender recovered from the virus, but he was an unused substitute during last night’s 2-1 win over Sassuolo.