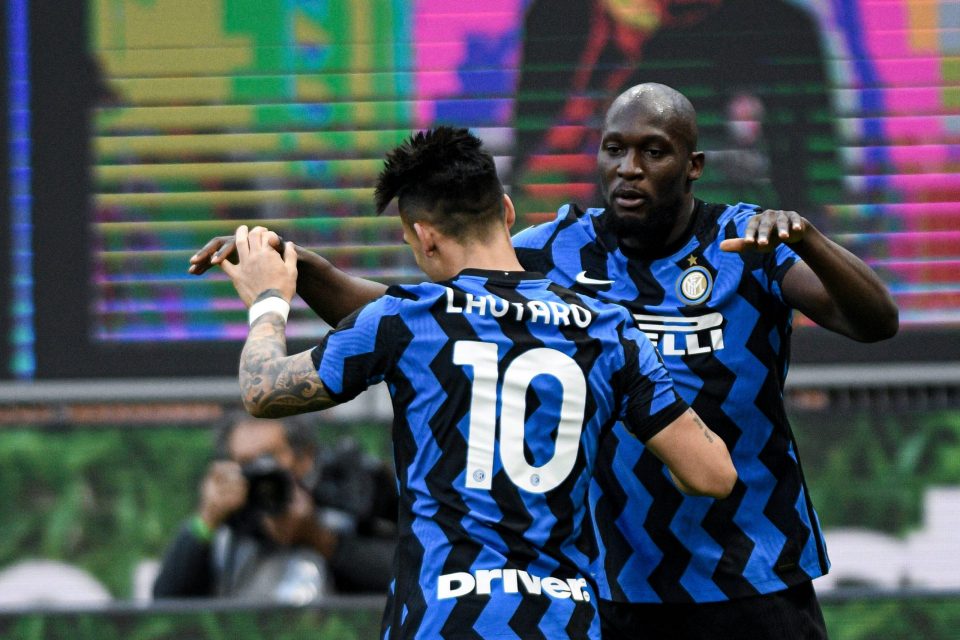 Lautaro Martinez has become an unstoppable striker at Inter thanks to his partnership with Romelu Lukaku, according to a report in the Italian media today.

Lautaro has improved leaps and bounds in the last two seasons, the report argued, thanks to his link-up play with Lukaku and for how he exploits the space created for him by Big Rom.

The 23-year-old was on target once again for the Nerazzurri last night, doubling their lead in the second half during a 2-1 win over Sassuolo.

Lukaku also broke new ground during the victory against the Neroverdi, with the Milan-based paper pointing out that he scored his first headed goal of the season in Serie A.

Antonio Conte’s Lu-La strike partnership has now scored 36 goals between them in the league during the current campaign, moving them to within nine of Bayern Munich’s superstar duo Robert Lewandowski and Thomas Muller.

Lukaku has scored 21 of those goals while Lautaro has bagged the other 15.