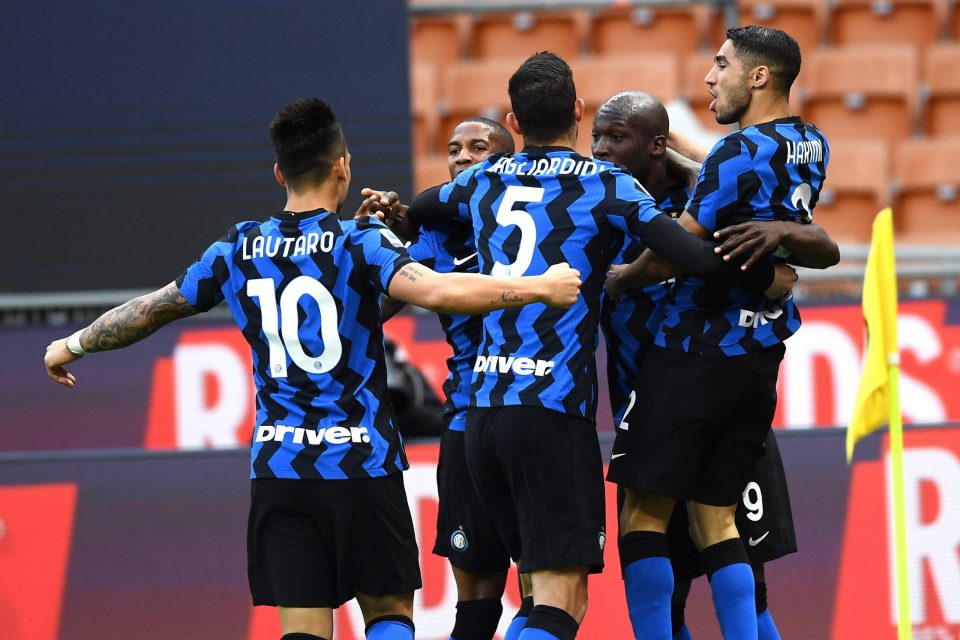 Antonio Conte will equal a special club record at Inter if he leads them to victory over Cagliari on Sunday, a report in the Italian media highlighted today.

As per Corriere dello Sport’s print edition, Inter have won 11 straight home games in Serie A for only the third time in their history, tying their previous teams coached by Arpad Weisz (during the 1929-30 season) and Roberto Mancini (2007-08).

The Nerazzurri’s all-time record for consecutive league wins at San Siro is 12, which has been achieved on three occasions: under Mariano Tansini and Giulio Cappelli in 1949-50, under Giovanni Invernizzi in 1970-71 and under Leonardo in 2010-11.

Inter have already become Serie A’s first team since Arrigo Sacchi’s AC Milan (during the 1989-90 campaign) to start the second half of the season with 10 wins in a row.

In terms of matters on the pitch, Conte can breathe a sigh of relief today after Inter’s Italian trio – Nicolo Barella, Alessandro Bastoni and Stefano Sensi – had their COVID-19 restrictions lifted today.

Barella, Bastoni and Sensi had not been allowed to eat or change with their Inter teammates since returning from international duty after Italy’s team suffered an outbreak of the virus.

All three players have returned four negative tests within the space of seven days and have not made contact with anyone who tested positive for eight days, meaning they can now return to training as normal (as per guidelines from Milan’s local health authority).