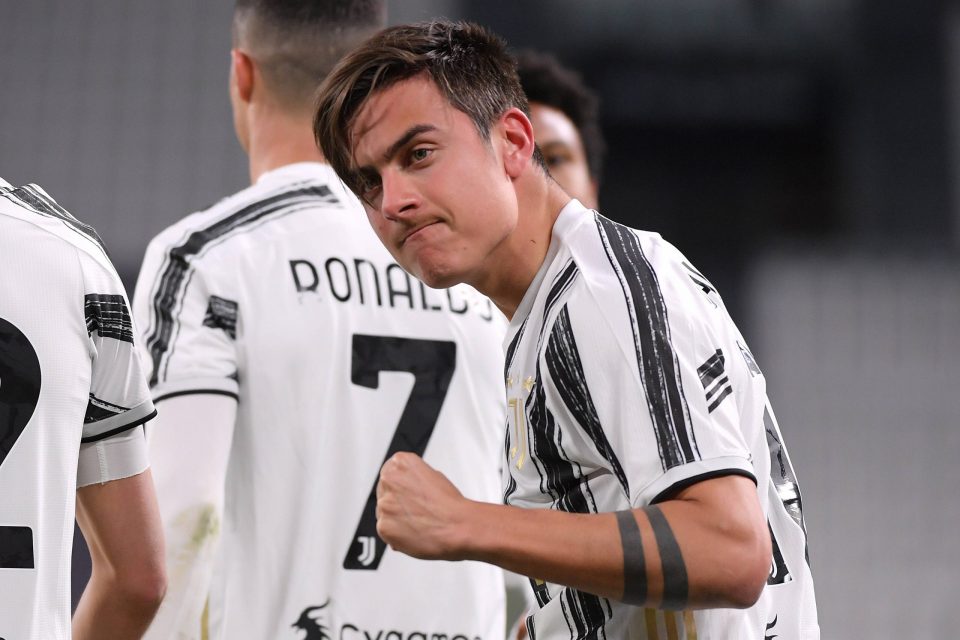 Inter could play a key role in determining Paulo Dybala’s future at Juventus – despite not being in contention to sign La Joya themselves.

Corriere della Sera’s print edition said Juventus were scouring the market for potential buyers, with Dybala yet to extend his contract which expires in 2022.

Paris Saint-Germain are seemingly in pole position ahead of Barcelona, Chelsea and Tottenham, if the Bianconeri opt to sell La Joya this summer (in order to avoid losing him for free next year).

However, PSG’s plan of offering Mauro Icardi as part of a swap deal are going to be hindered by their agreement signed with Inter last summer.

Inter are due €10-15 million from the Ligue 1 champions if PSG sell Icardi back to Serie A, the Milan-based paper explained, which will complicate their talks with Juventus.

Icardi is thought to be open to joining Juventus while his wife and agent Wanda Nara could pursue the matter in the coming weeks.

Dybala is not pushing to leave the Old Lady but he could be tempted by a move to PSG, assuming the clubs can get round the issue of paying Inter.

However, a report in La Stampa today claimed Inter were plotting a move for Dybala on a free transfer next summer.