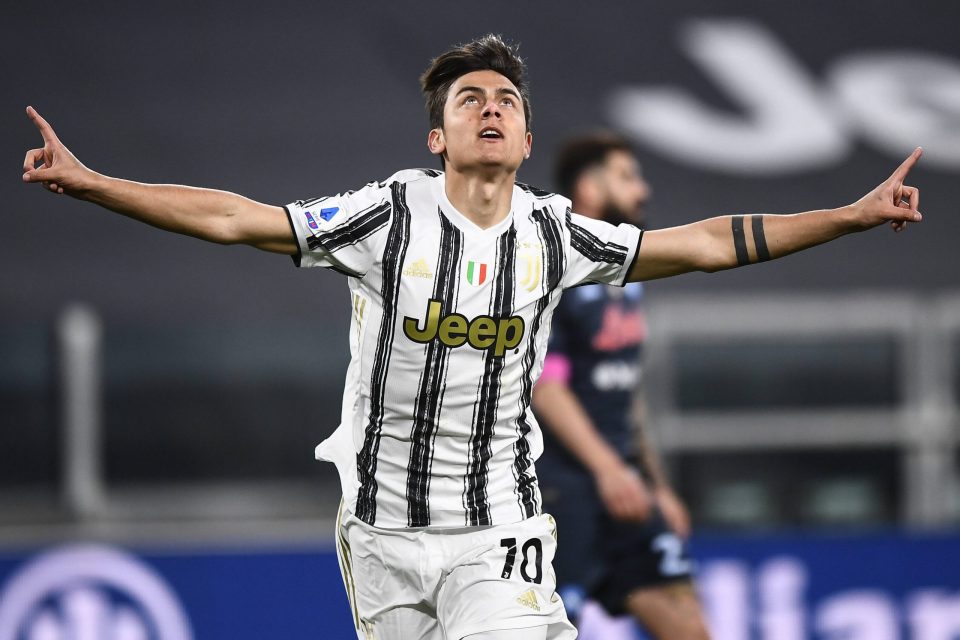 Inter are considering a move for Paulo Dybala when the forward’s contract at Juventus expires next summer, according to a report in the Italian media.

La Stampa’s print edition (via FcInter1908.it) said the Nerazzurri had ‘reserved’ the 27-year-old with a view to signing Dybala on a free transfer in 2022.

Dybala seems unlikely to sign a new deal at Juventus and it is therefore in the Bianconeri’s interests to seek a buyer this summer, so they do not lose him for free next year.

Beppe Marotta and Antonio Conte could strike a blow to their former employers, however, by convincing Dybala to stay put and then join Inter in 2022.

Juventus have made contact with Barcelona over a possible deal for Dybala while they have also spoken to Paris Saint-Germain, who could send them Mauro Icardi in a swap deal.

PSG would have to pay Inter €15 million if they sent Icardi back to Serie A though, as per the clubs’ agreement when the forward moved to Ligue 1 permanently last summer.

Dybala has made just 17 appearances in an injury-ravaged season at Juventus, scoring his fourth goal of the campaign during Wednesday’s 2-1 win over Napoli.