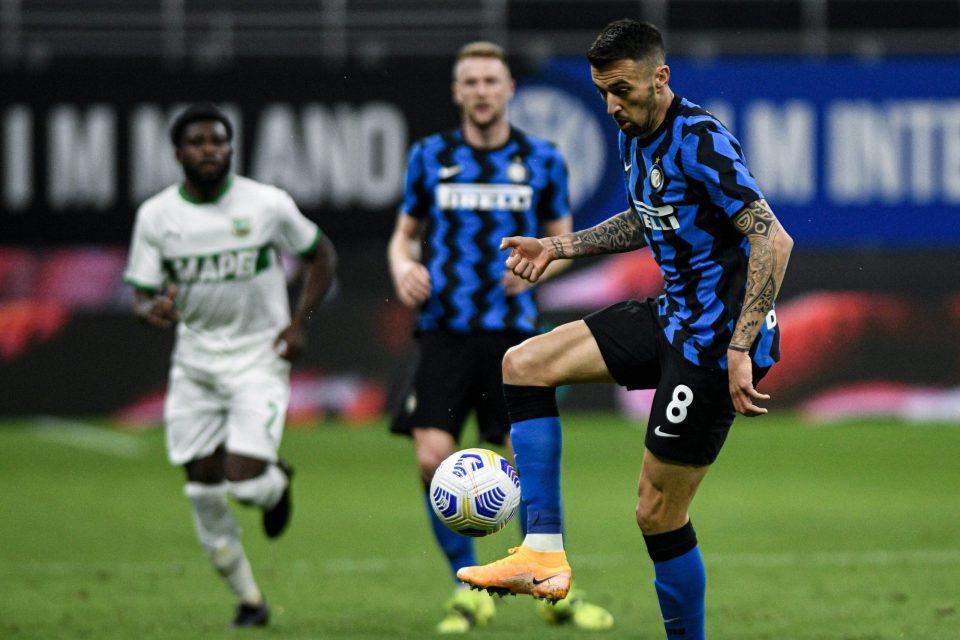 Matias Vecino is feeling positive about life again after the Inter midfielder stepped up his recovery from injury against Sassuolo.

The Uruguayan had come on as a very late substitute in the final minutes of the Nerazzurri’s previous two fixtures against Torino and Bologna.

Antonio Conte allowed Vecino a far more substantial amount of game time on Wednesday though, bringing on the 29-year-old for Roberto Gagliardini with 20 minutes left.

Vecino was happy to be part of the 2-1 win at San Siro and wrote on Instagram: “Important points.

“Important minutes to bring the good feelings back.