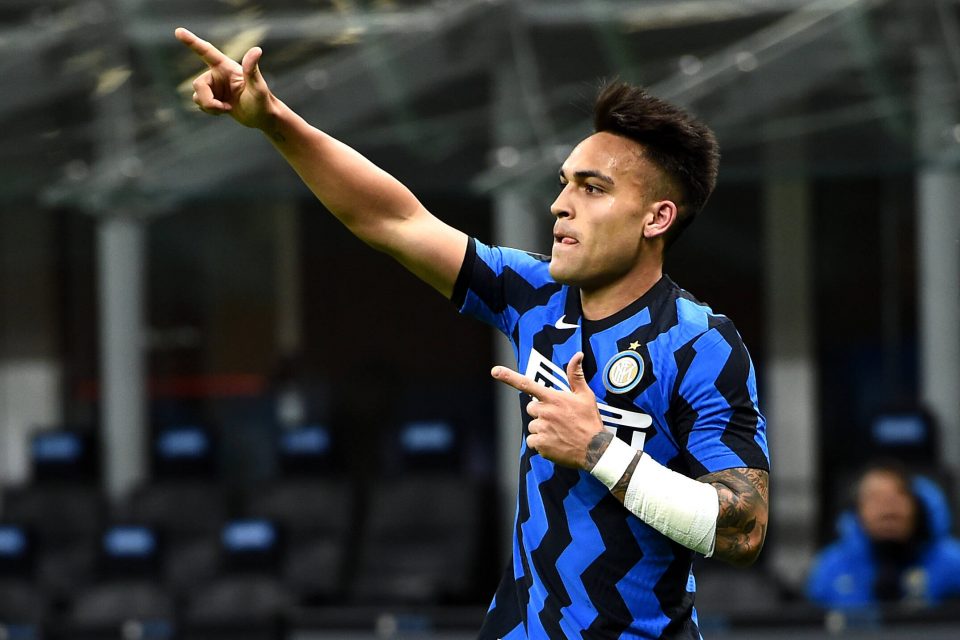 After dropping his previous agents, Inter striker Lautaro Martinez is ready to continue discussions over a new contract at the club before considering new representatives later in the year.

The Argentina international has two years remaining on his current contract but is pushing for a more competitive salary, with a new agreement thought to be at an advanced stage, having been worked on by Beto Yaque and Rolando Zarate.

However, as reported by FCInterNews.it, Martinez dispensed of the services of Yaque and Zarate recently after the pair touted him to Barcelona, and will now look to pursue a new contract with Inter by representing himself, in the same manner teammate Milan Skriniar did.

Beyond the current negotiations, Martinez has not ruled out taken on a new agent and is not short of suitors, with compatriot Marcelo Simonian and Alejandro Camano leading the race.

Indeed, the latter would look to use Martinez’s friendship with Nerazzurri wing-back Achraf Hakimi as means of convincing him, having already represented the Moroccan.

Elsewhere, Jorge Mendes made an approach to represent Martinez last year and would be interested in taking him on as a client again.