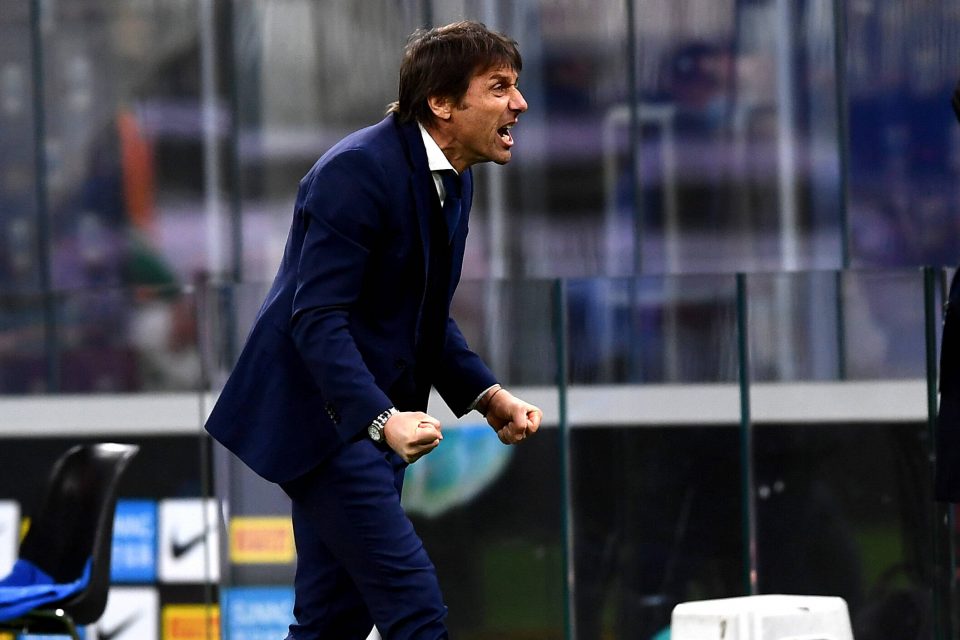 Antonio Conte would love nothing more than to win the Serie A title for Inter in Juventus’ backyard, a leading Italian journalist has suggested.

Inter are 11 points clear of second-placed AC Milan and will go in search of an 11th straight league win at home to Cagliari tomorrow.

Conte will take the Nerazzurri to the Allianz Stadium on the penultimate weekend of the season, creating the possibility that Inter could mathematically secure the Scudetto in Turin.

“Conte’s dream would be to win the title in Turin against his former club Juventus,” Matteo Marani told Sky Sport Italia earlier this week.

“I say that because it would be symbolic, that match would enclose 10 years of Italian football history.

“Juventus began their cycle with Conte and Beppe Marotta and it’s about to end with those two in Milan.

“Conte will win the title before the game in Turin, though.”

Inter raised several eyebrows in midweek after enjoying just 30% possession during their 2-1 win at home to Sassuolo.

Conte is being urged by some to rethink his playing style ahead of next season’s UEFA Champions League, but it looks as if his current approach will at least be enough to secure Inter the title.

“Inter are a mixture of physical strength and humility,” Marani argued.

“They can sit deep and withstand pressure like they did against Sassuolo, but they’re a team that you struggle to score against and they have one of Europe’s best strike partnerships (Romelu Lukaku and Lautaro Martinez).”

Inter have become the first team since Arrigo Sacchi’s AC Milan in 1990 to begin the second half of a league season with 10 straight wins.