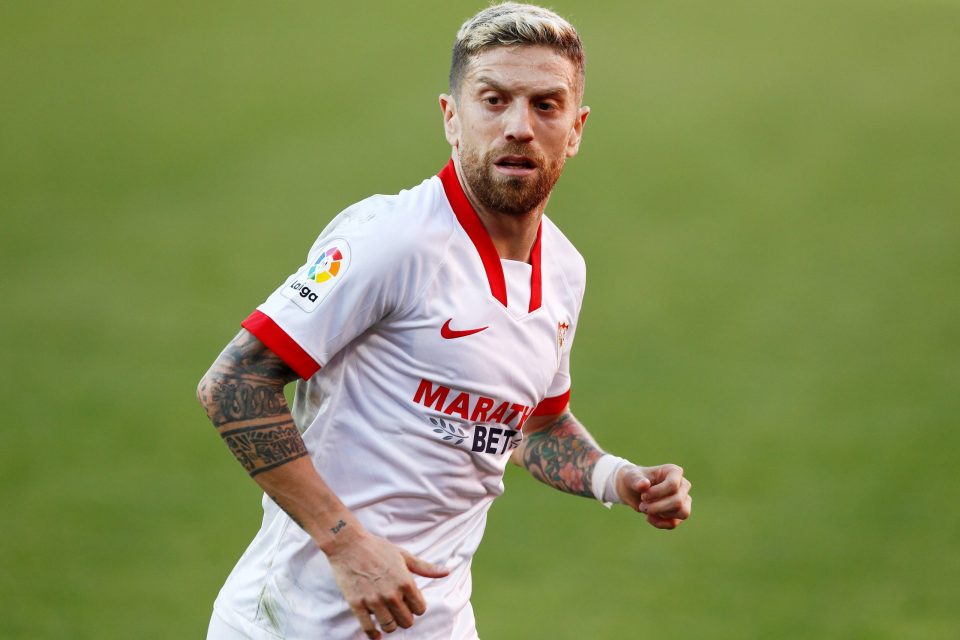 Inter boss Antonio Conte wants to bring Papu Gomez back to Serie A, according to a leading Italian broadcaster today.

Sport Mediaset said Gomez was already keen to return to Italy after joining Sevilla from Atalanta in the January transfer window.

Conte is keen on the idea of signing the Argentine forward at Inter, with the Nerazzurri on the look out for attacking reinforcements ahead of next season.

Gomez would bring Inter plenty of experience and is held in very high regard by Conte, the report assured.

Inter can finance a deal to sign Gomez if they manage to offload Joao Mario to Sporting CP on a permanent move.

Gomez has a contract with the La Liga side until the summer of 2024 but it seems he has already started thinking about a return to his adopted home, Italy.

The 33-year-old has made 14 appearances in all competitions for Sevilla, scoring once for Julen Lopetegui’s side.