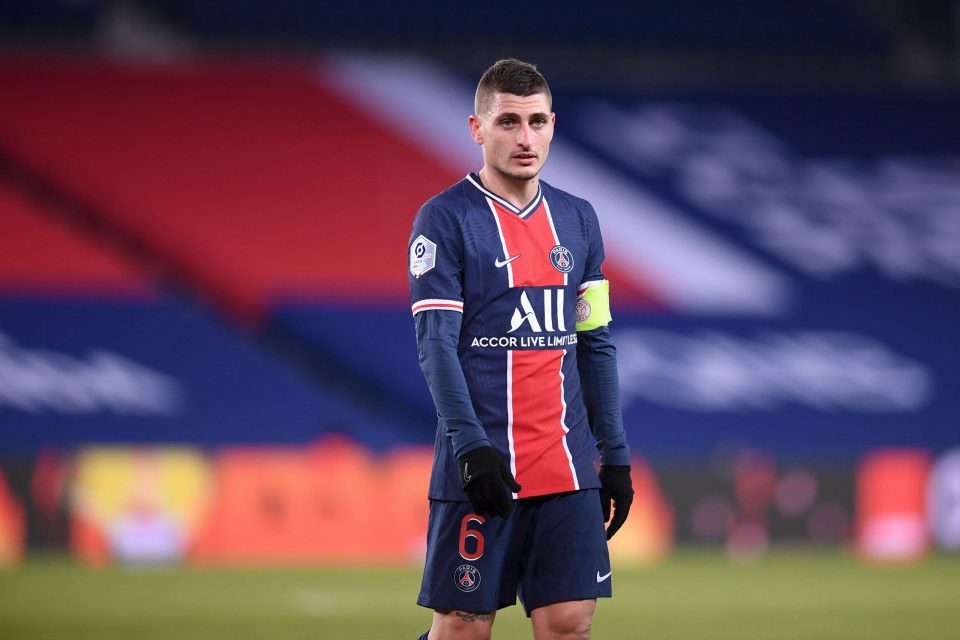 Inter wanted to sign Marco Verratti before the midfielder joined Paris Saint-Germain, according to their former coach Andrea Stramaccioni.

Verratti earned himself a move to the Ligue 1 giants in 2012 after helping Zdenek Zeman’s free-flowing Pescara side gain promotion to Serie A.

The 28-year-old is still yet to make a single appearance in Italy’s top flight, but if Verratti chose to leave for France it clearly wasn’t for Inter’s lack of trying.

“I wanted Verratti at Inter,” Stramaccioni revealed in an interview with 1 Station Radio on Monday.

“Massimo Moratti tried to sign him, but everyone was scared of putting their faith in him.

“Nobody believed in Verratti enough.”

Verratti has made 341 appearances in all competitions for PSG, scoring nine goals during that time.

He has played 26 times so far this season, providing six assists under Thomas Tuchel and then Mauricio Pochettino.

Verratti was one of several Italy players to test positive for COVID-19 last week, following an outbreak in the Azzurri’s camp during the March international break.

He missed PSG’s 3-2 win at Bayern Munich in their UEFA Champions League quarter-final first leg, and he will be unavailable for tonight’s return game as well.