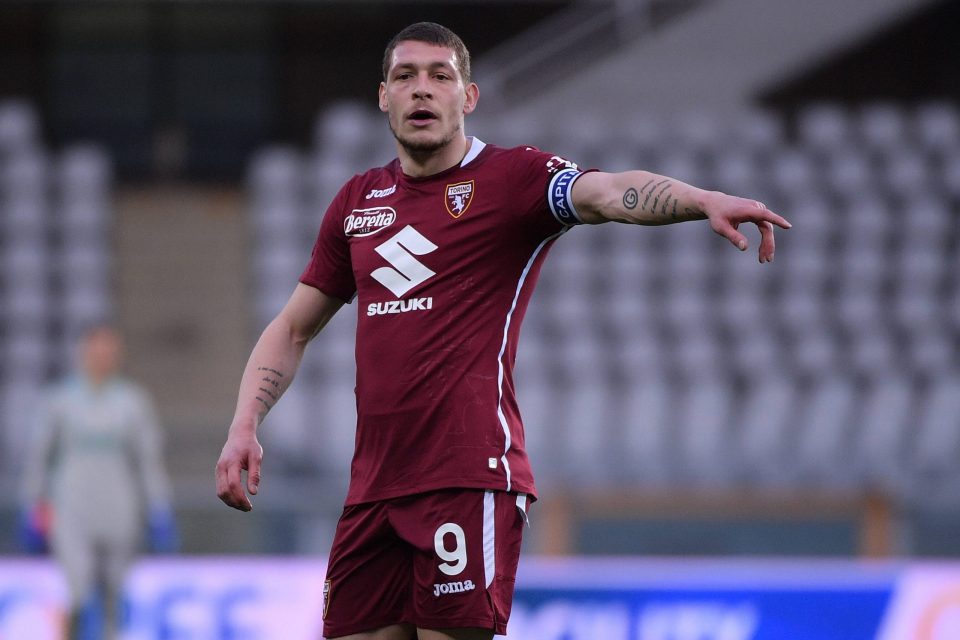 Inter are one of several top European clubs monitoring Andrea Belotti’s situation at Torino, according to a report in the Italian media today.

Tuttosport’s print edition said Belotti’s future remained uncertain, with the striker set to become a free agent at the end of next season.

Inter could move for Belotti if he didn’t sign a contract extension, with this report suggesting that he could perhaps replace either Romelu Lukaku or Lautaro Martinez if one were to leave in future.

Napoli, Roma and Fiorentina are also interested in Serie A, along with Manchester United, Tottenham, Chelsea and Atletico Madrid outside Italy.

Belotti has made 28 appearances in all competitions for Torino this season, scoring 12 goals for the Granata and providing six assists.

Davide Nicola’s side are five points clear of the relegation zone, with a game in hand over third-bottom Cagliari, after securing a crucial 1-0 win away at Udinese on Saturday.