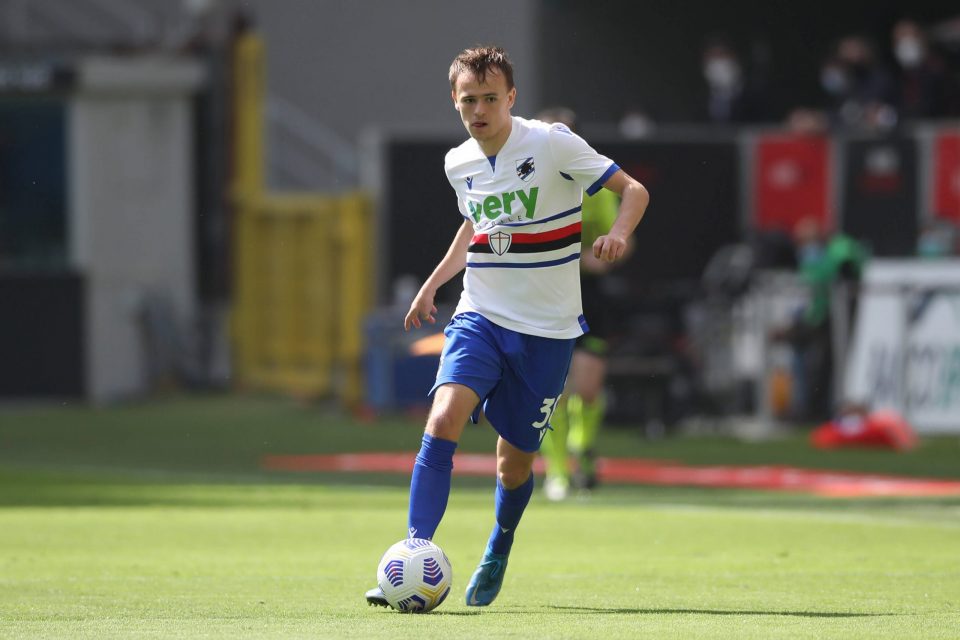 Inter are keeping a close eye on the progress of Sampdoria midfielder Mikkel Damsgaard, a report in the Italian media revealed today.

FcInterNews.it said the Nerazzurri’s scouts were at the Stadio Luigi Ferraris on Sunday to watch the 20-year-old in Samp’s match at home to Napoli, which ended in a 2-0 defeat.

Inter and Juventus are both keen on Damsgaard in Serie A, but the Denmark international also has interest from Tottenham Hotspur and Leicester City in the Premier League.

The Nerazzurri have not begun any talks with Sampdoria yet, but Damsgaard is thought to be valued at €18 million.

Sampdoria are in no hurry to sell their promising young midfielder, for whom they paid €6.5 million in a deal with Nordsjaelland last summer.

The Blucerchiati intend to keep Damsgaard for another season in the hope his value can rise still further.

Inter are yet to switch their attention to this summer’s transfer window, with the club’s ongoing off-field matters and their bid to win the Serie A title both taking centre stage for now.