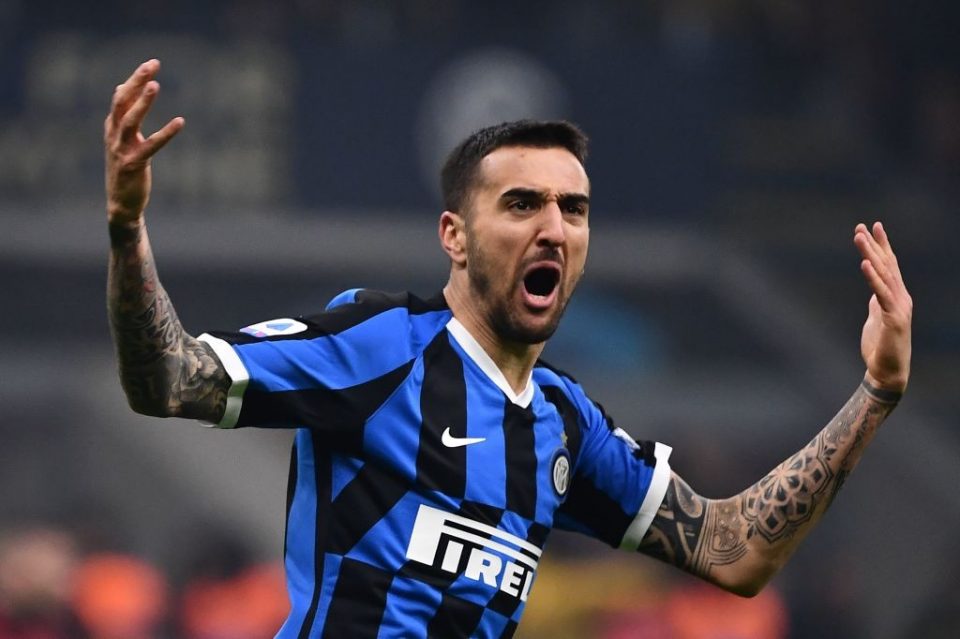 Matias Vecino admits he feels like a very lucky man to have reached the 100 appearance mark at Inter.

The midfielder reached the milestone after coming on as a second-half substitute during Sunday’s 1-0 win over Cagliari, replacing Stefano Sensi with 10 minutes left.

Vecino joined Inter from Fiorentina in the summer of 2017 and has scored 11 goals and six assists during that time, most notably scoring the goal which secured the Nerazzurri’s return to the UEFA Champions League in 2018.

The 29-year-old wrote on Instagram: “Another step towards our objective!

“Happy for my 100 appearances with the Nerazzurri, it’s a source of pride and a real privilege!”