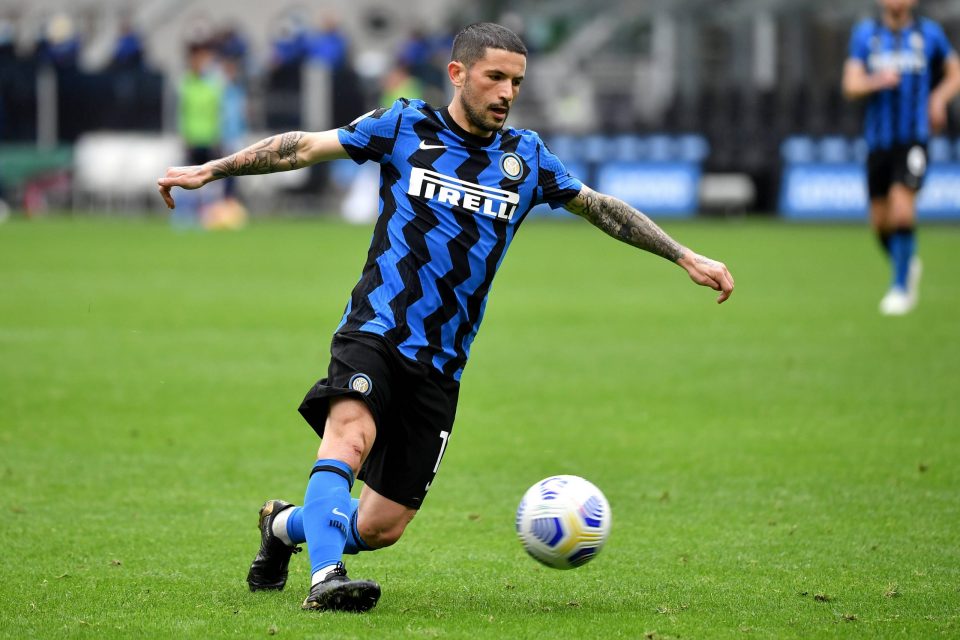 Stefano Sensi is blown away by Inter’s magnificent form in Serie A, if his latest post on Instagram is anything to go by.

Antonio Conte gave the midfielder his first start for the Nerazzurri since September on Sunday, with Sensi playing 81 minutes in the 1-0 win over Cagliari.

Inter have now won 11 games on the bounce in the league, a run of form which has seen them pull 11 points clear of second-placed AC Milan with eight games left.

Sensi celebrated the Nerazzurri’s achieving by changing two of the letters in the phrase ‘big win’.