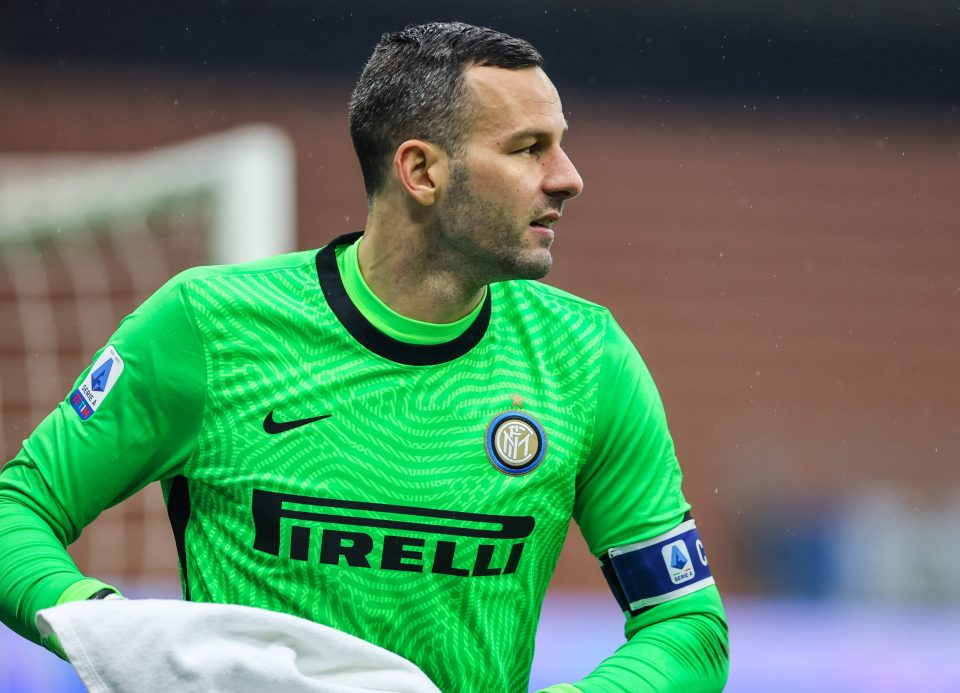 Samir Handanovic wants to win Serie A with Inter and then sign a new contract, according to a report in the Italian media today.

Corriere dello Sport’s print edition said the Nerazzurri’s captain had not lost hope of being allowed to continue as their first-choice goalkeeper next season.

Handanovic is out of contract with Inter in the summer of 2022 and wants to extend that deal for another season, taking him to the end of the 2022-23 campaign.

The Slovenian will turn 37 in July but has become an important figure in Inter’s bid to win the Scudetto, having improved his form after an error-prone first half of the season.

Despite Handanovic’s enthusiasm to sign a new deal, the Rome-based paper assured that Inter had begun considering their options in terms of finding his successor.

Udinese goalkeeper Juan Musso is thought to be their favourite in Serie A, although Atalanta’s Pierluigi Gollini and Hellas Verona’s Marco Silvestri are also being considered.

Granada shot-stopper Rui Silva is likely to join Real Betis, meanwhile, which means Inter’s most realistic target outside Italy would be Ugurcan Cakir at Trabzonspor.