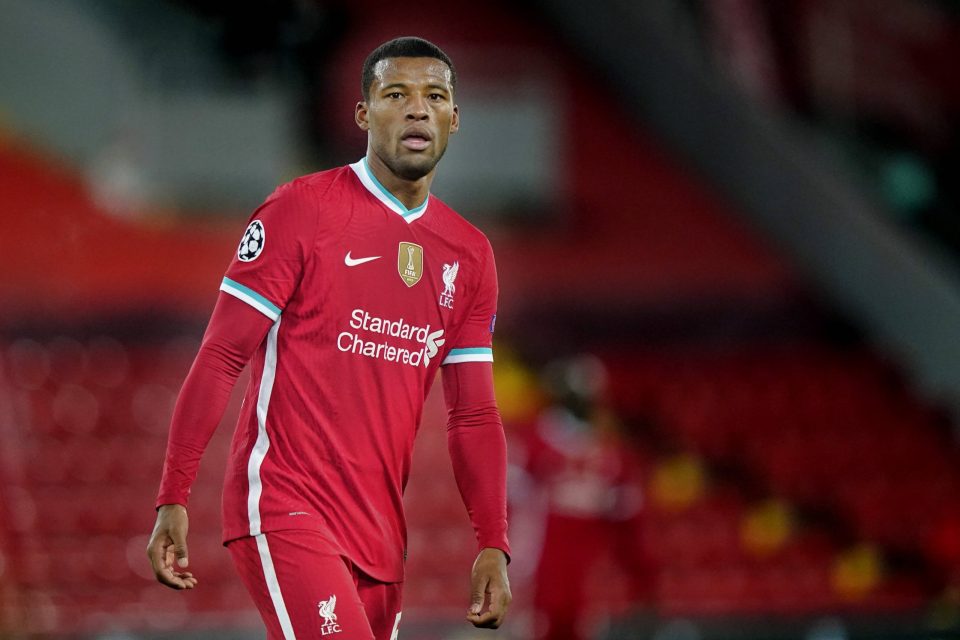 Inter look set to be priced out of a move for Liverpool midfielder Georginio Wijnaldum, according to a report in the Italian media today.

Tuttosport’s print edition confirmed the Nerazzurri had been closely following the Dutch international, who is out of contract with the Premier League champions at the end of the season.

Wijnaldum is available on a free transfer but the 30-year-old has made ‘very high’ wage demands for his next clubs.

Inter could therefore be forced to pursue other targets in midfield, with this report referencing rumours in Argentina about a possible move for Velez Sarsfield’s Thiago Almada.

Should Inter look to sign a midfielder who is already playing in Serie A, the Turin-based paper said they could move for Nahitan Nandez at Cagliari.

Nandez is a versatile midfielder and a player the Nerazzurri have admired in the past, and his price tag could plummet if Cagliari were to be relegated from Serie A (they are currently five points from safety).

Inter could sign Nandez to replace his fellow Uruguayan Matias Vecino, who is expected to leave the club in the summer.