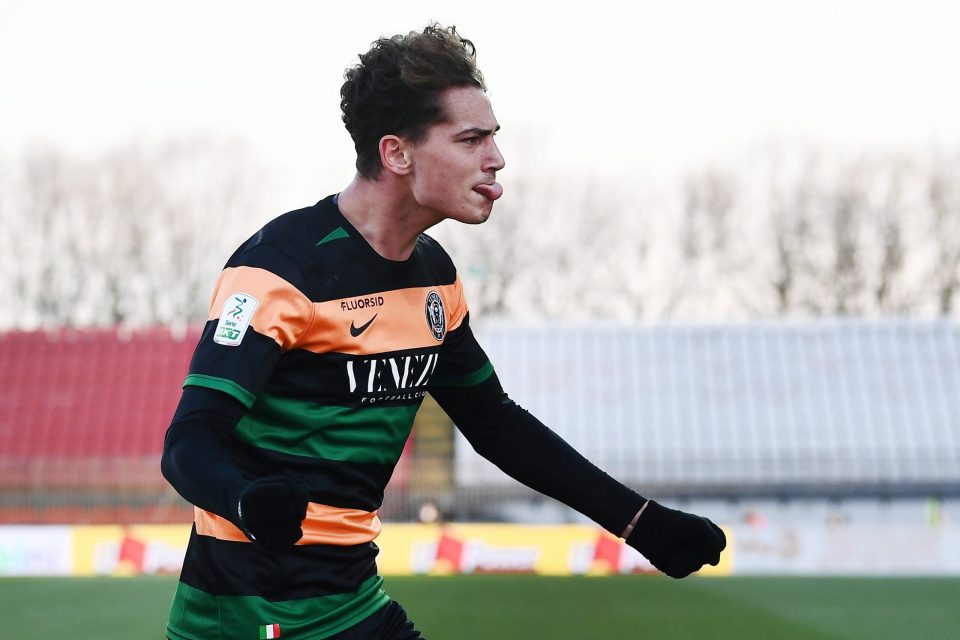 Inter striker Sebastiano Esposito was fired up with adrenaline after scoring his second goal on loan at Venezia.

Esposito curled in an impressive free-kick from the edge of the box on Sunday as Paolo Zanetti’s side beat Cosenza 3-0 in Serie B.

The 18-year-old joined Venezia on a six-month loan in January, having failed to settle in at SPAL during the first half of the season.

Esposito, who has made 28 appearances between the two clubs this season, posted on Instagram: “If you want something, run and get it!”