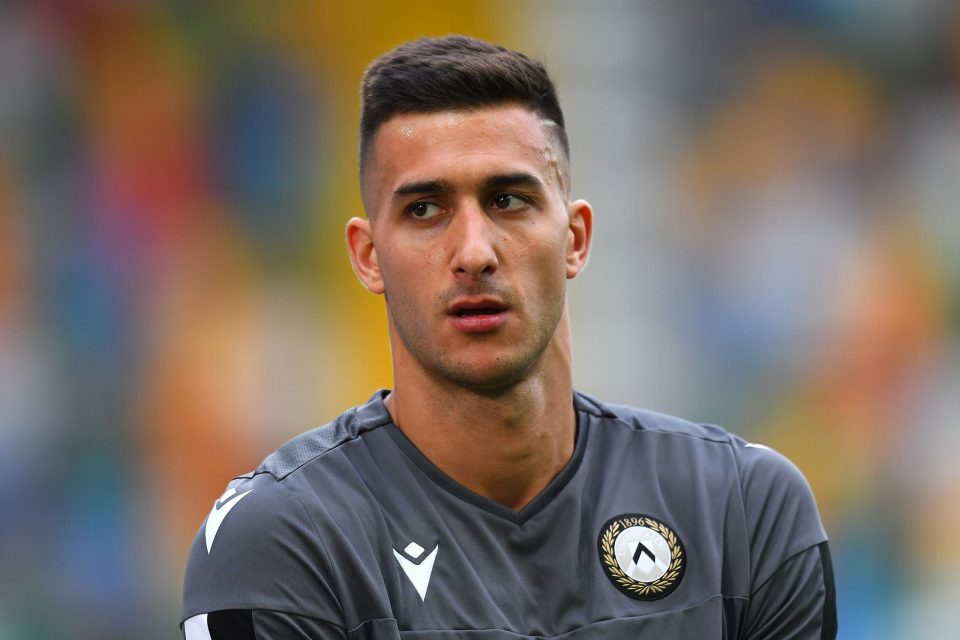 Udinese goalkeeper Juan Musso admits he would love to play in the UEFA Champions League one day, amid rumoured interest from Inter.

Inter are widely reported to have identified Musso as one of their potential long-term successors to Samir Handanovic, who turns 37 in July.

The former Racing Club goalkeeper has impressed again at Udinese this season, keeping eight clean sheets for Luca Gotti’s side.

Speaking to Spanish newspaper AS today (via FcInter1908.it), Musso said: “Ever since I was a child, my dream has been to play in the Champions League.

“I joined Udinese knowing that was my dream, although I also dreamed of playing in Serie A and I like Italy as a country.

“I have no doubt that that’s what I want, to play in the Champions League.”

Roma are also being linked with a move for Musso, as the Giallorossi seek a replacement for Pau Lopez in goal.

However, Paulo Fonseca’s side are not guaranteed by any means to qualify for next season’s Champions League, with Roma seven points off the top four in Serie A.

It remains to be seen whether this could tip the balance in Inter’s favour, should the two clubs go head-to-head in a bid to acquire Musso’s services.