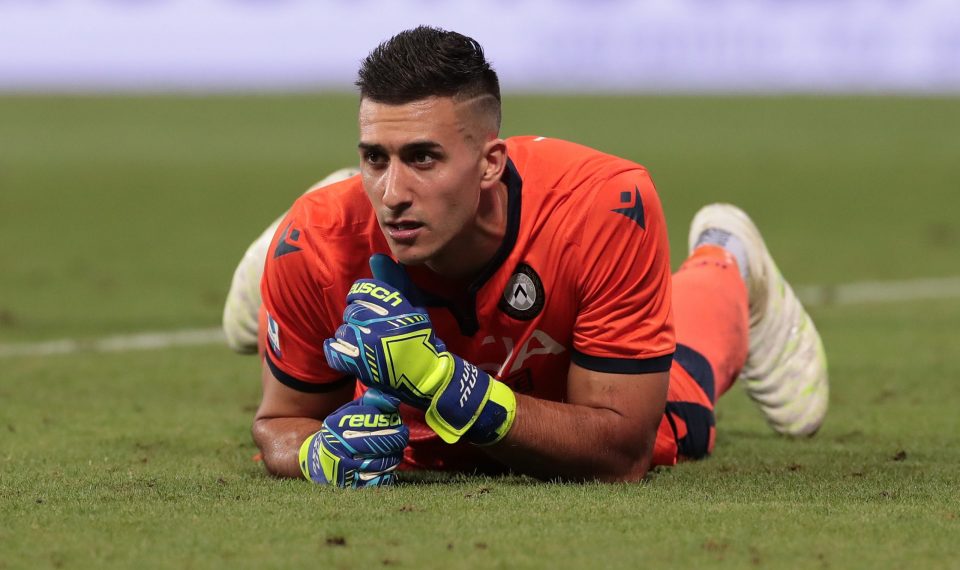 Inter should be considering one of two names to replace Samir Handanovic, according to their former goalkeeper Luca Castellazzi.

The Nerazzurri are going to have to find a long-term successor to the Slovenian sometime soon, albeit Handanovic is reportedly set for a contract extension in the summer.

Several Serie A goalkeepers have been touted as possible replacements for the 36-year-old, who has

Castellazzi, who spent four years at Inter between 2010 and 2014, told TMW Radio on Wednesday: “Handanovic is showing that he could still play at a high level for some time.

“But if we’re looking to find alternatives, I’d say that Udinese’s Juan Musso would be ready to come in.

“He’s not too young (26), he has experience in Serie A and he seems very reactive and powerful physically, as well as being fairly good with his feet.

“I also like Alex Meret, who’s alternating with Davide Ospina at Napoli.

“He’s only 24 so he can still be considered a prospect.”

Castellazzi also offered his views on Matteo Darmian, with whom he spent one season at Torino before Darmian joined Manchester United.

The 31-year-old was Inter’s hero last weekend when he scored a late winner at home to Cagliari, securing a 1-0 victory for Antonio Conte’s side.

“Matteo is the player you know will always deliver a performance worth around 6.5/10,” Castellazzi argued.

“He’s attentive, concentrated and diligent, he doesn’t have bad games.

“Every coach would want to have Darmian.

“Inter’s wing-backs are very important in their system and Darmian covers both sides of the game well.

“Not everyone can guarantee performances of a certain level when you’re called upon.”

Castellazzi made 36 appearances in all competitions for Inter and won three trophies during his time at the club.

In addition to the 2011 Coppa Italia, he also won the FIFA Club World Cup and the Supercoppa Italiana.