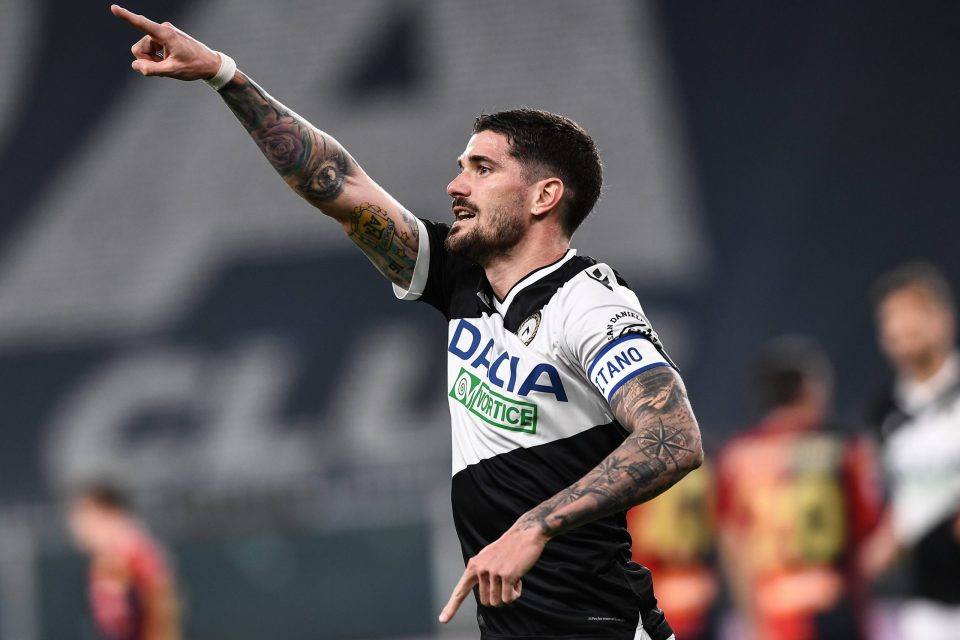 The Nerazzurri have been linked with both players throughout 2021 as they seek a long-term replacement for Samir Handanovic in goal and another high-profile midfielder.

Libero’s Fabrizio Biasin assured Inter had not given up on signing Musso or De Paul, revealing they could even receive preferential treatment from Udinese this summer.

“I can confirm Inter are very interested in both players,” Biasin, a known Inter supporter, told Calciomercato.it during a live broadcast last night.

“Inter have been speaking with Udinese about Musso and De Paul for a couple of years now, I think they even have a right of first refusal on them.

“Beppe Marotta, Piero Ausilio and Antonio Conte all like De Paul and if it hadn’t been for Inter’s ownership situation I think they might have signed him in January.

“Inter are definitely admirers of De Paul and are staying in contact with Udinese and his agent, but there’s a big question mark about Inter’s corporate issues.”

A report elsewhere in Italy today claimed Udinese would want €40 million to sell their captain De Paul and that Inter would probably need to sell a key player first, otherwise they would not be able to afford such a fee.

Musso confirmed in an interview with Spain’s media this week that he is dreaming of joining a club which plays in the UEFA Champions League one day.