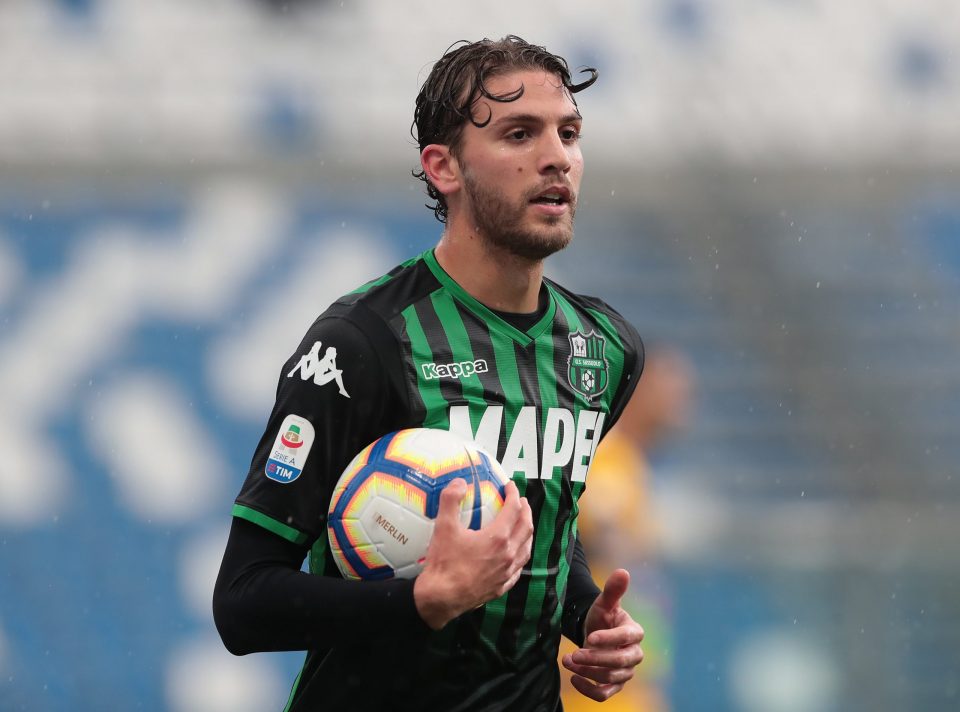 Antonio Conte’s side recorded just 30% possession against the Neroverdi, but they struck on the counterattack with Romelu Lukaku and Lautaro Martinez to secure a 2-1 victory.

Locatelli missed the game at San Siro after he was left out of Roberto De Zerbi’s squad as a precaution, following a COVID-19 outbreak in Italy’s squad during the international break.

“There’s a lot of regret still about that result,” Locatelli admitted in an interview for Thursday’s print edition of Corriere dello Sport, when asked to reflect on all the possession Sassuolo had.

“I saw the match on TV and the game changed on a contentious refereeing decision (when Inter’s second goal was allowed to stand, despite contact in the Nerazzurri’s box between Stefan de Vrij and Giacomo Raspadori).

“We could and should have been more efficient, although we were up against the side that will win the Scudetto.”

Locatelli is one of Serie A’s most promising young midfielders and is expected to be contested by several top clubs in the summer.

The 23-year-old insists he is not letting the rumours distract him, although he is confident he would be ready to make the step up.

“The rumours are part of the job but they show that I’ve improved as a player.

“Hearing about interest from top clubs increases my motivation levels and help me realise that I’m on the right path.”

Locatelli has made 26 appearances for Sassuolo this season, scoring three goals and providing two assists.