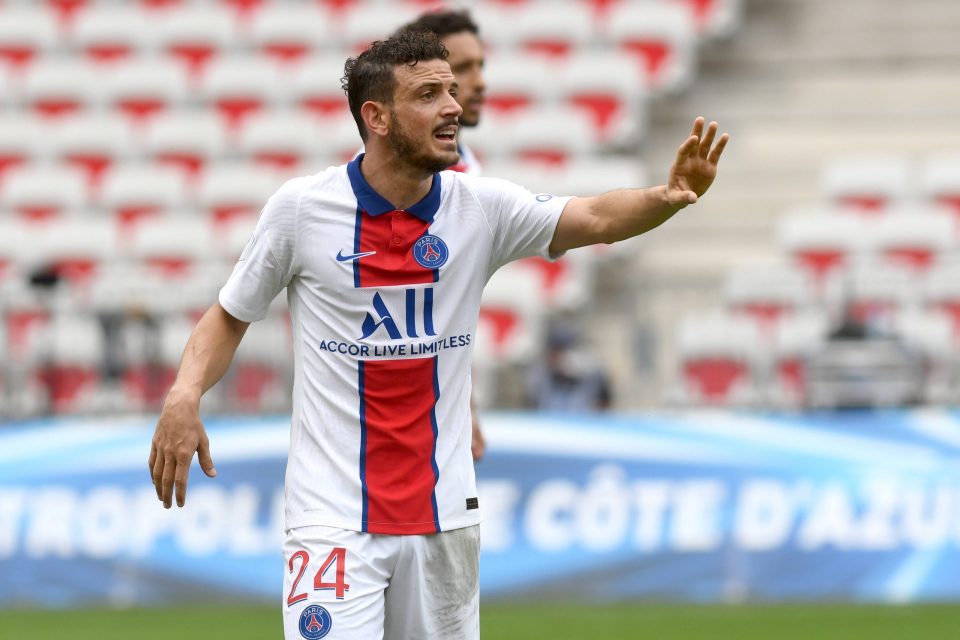 Inter are confident that Roma full-back Alessandro Florenzi would be keen to join this summer, but any deal is dependent on improved finances.

As reported in today’s newspaper edition of La Gazzetta dello Sport, the Italian international faces an uncertain future after a season on loan at Paris Saint-Germain, despite the French champions holding a €9 million option to sign him permanently.

PSG have been impressed with the form of first choice right-back Thilo Kehrer this season, whilst have been given reason for optimism by the development of Colin Dagba, leaving little room for Florenzi. Meanwhile, Barcelona-owned Emerson has also emerged as a target following a successful season on loan at Real Betis.

The 30-year-old is expected to return to PSG’s starting line-up for tomorrow’s Ligue 1 clash against Saint-Etienne, but may not remain beyond the end of the season.

Inter remain confident that Florenzi would be interested in a move to the Stadio Giuseppe Meazza, particularly as he worked with coach Antonio Conte during his stint with the Italian national team, whilst the Nerazzurri would consider him an experienced addition to the squad.

The problem lies in finances however, with Inter unable to commit funds until President Steven Zhang’s summit with senior directors in the summer to confirm budgets.

It comes after a season in which Inter have been under severe financial pressure and so any deal for Florenzi is currently a work in progress, with no confirmation ready until later in the season.