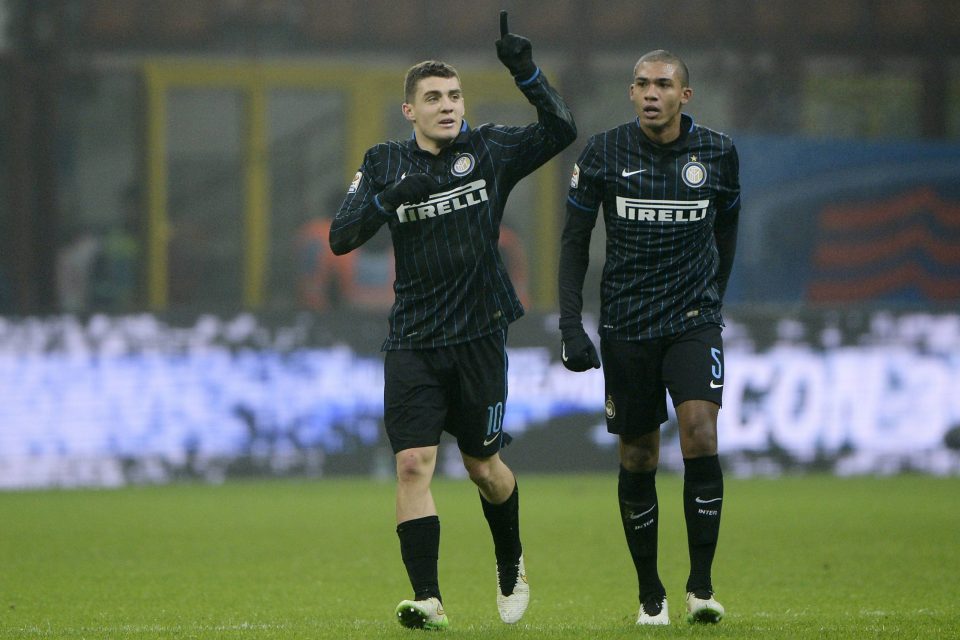 Inter treated their fans to a countdown of the club’s greatest ‘volleyed’ goals on Friday.

The Nerazzurri compiled the video as part of their collaboration with starcasino.sport and picked screamers which spanned the last 20 years.

Radja Nainggolan was recognised for his strike in a 1-1 draw against Juventus in 2019, with Davide Faraoni being ranked just ahead of the Belgian for his effort against Parma in 2012.

Esteban Cambiasso took third spot for his goal against Fiorentina in 2005, while Mateo Kovacic was second with his fabulous long-range effort against Lazio during a 2-2 draw in 2014.

Maicon claimed top spot for his Derby d’Italia wonder strike against Juventus in 2010, which took place 11 years ago on Friday.