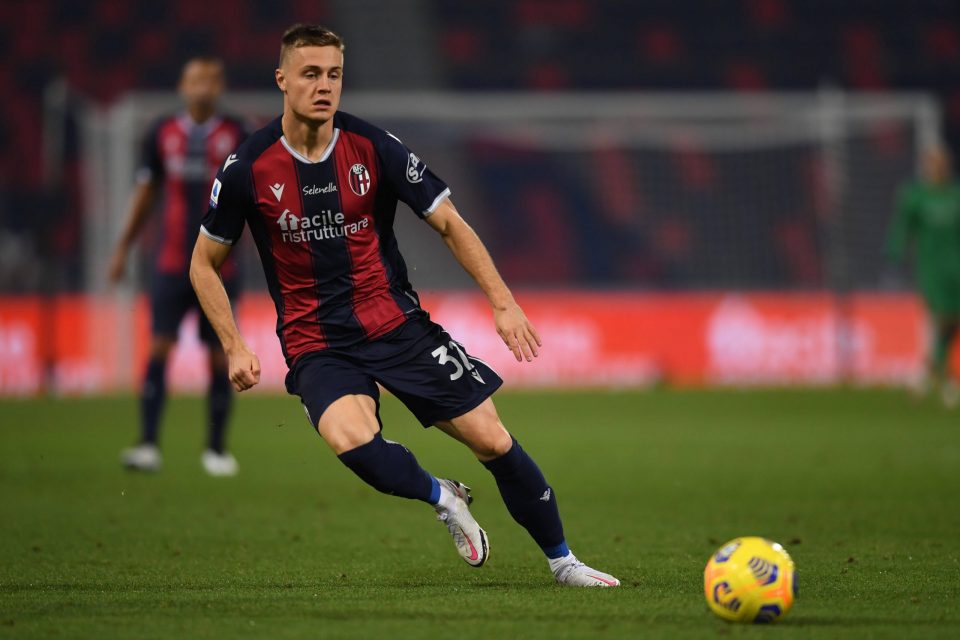 Inter could be set for another transfer derby with AC Milan in the summer, according to a report in the Italian media today.

Calciomercato.com said the Nerazzurri were keen on pursuing a deal for Bologna midfielder Mattias Svanberg, who is thought to be valued at €20 million.

AC Milan have been keen on the Sweden international for some time, but Beppe Marotta and Piero Ausilio also have Svanberg on their list of promising young players under observation.

Svanberg has interest from the Premier League as well, with Leicester City and Southampton both thought to be keen on a deal too.

The 22-year-old joined Bologna in a €4.5 million deal from Malmo in 2019 and scored his first double in Serie A yesterday, as Sinisa Mihajlovic’s side recorded a 4-1 win at home to Spezia (Inter’s next opponents on Wednesday night).

Svanberg has made 28 appearances for the Rossoblu this season, scoring five goals and two assists.