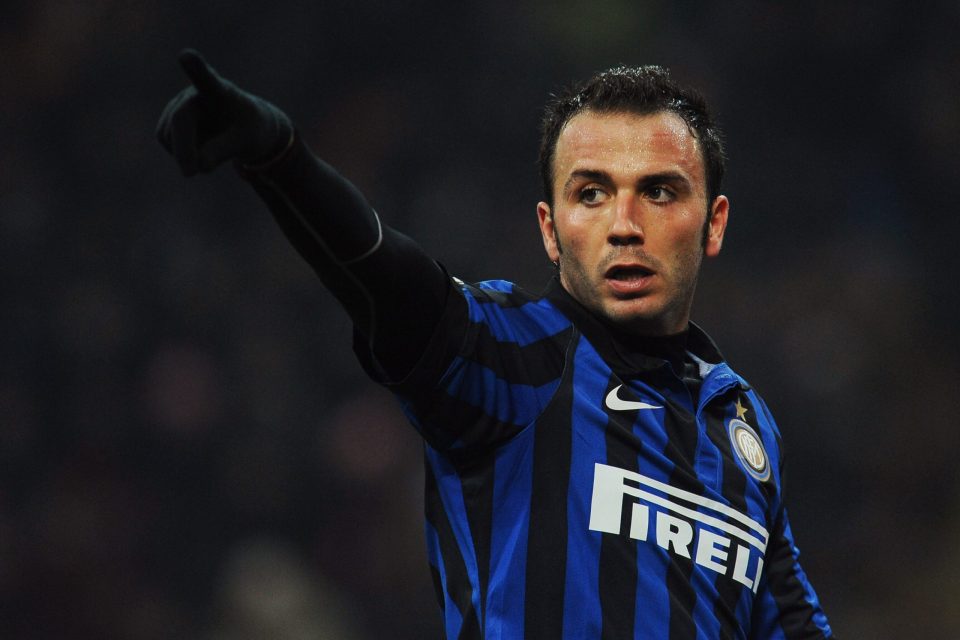 Inter could welcome former striker Giampaolo Pazzini back to the club in a managerial role, according to an Italian media report today.

Tuttosport’s print edition revealed that Pazzini met the Nerazzurri’s directors Beppe Marotta and Piero Ausilio for lunch yesterday, in what could be ‘the beginning of a future collaboration’ between the trio.

Pazzini helped Inter win their last major trophy when they secured the Coppa Italia back in 2011, scoring 19 goals in 60 appearances during an 18-month spell at the club.

The 36-year-old retired from football last year and it seems a return to Inter, in a role which seems undefined for now, is not out of the question.

Pazzini started his professional career at Atalanta before moving on to successful stints with Fiorentina and Sampdoria, which earned him a move to Inter in January 2011.

He swapped the Nerazzurri for their city rivals AC Milan in the summer of 2012, before finishing his career with two spells at Hellas Verona either side of six months with Levante in Spain.