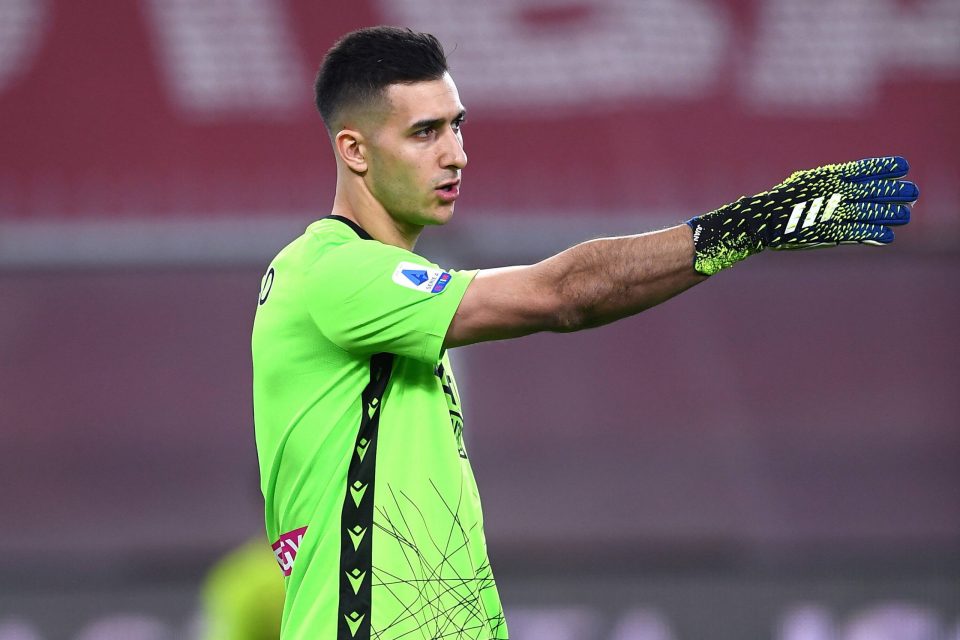 Inter have their eyes on two Serie A goalkeepers as they seek a long-term replacement for Samir Handanovic, according to a report in Italy today.

Handanovic has received a fresh wave of criticism after costly mistakes in Inter’s last two matches at Napoli and Spezia, denying the Nerazzurri four points.

Gazzetta dello Sport’s print edition said the Slovenian would remain Inter’s captain and their first-choice keeper for next season, but in any case the club have begun assessing their options.

Udinese’s Juan Musso and Hellas Verona’s Marco Silvestri are the keepers named as possible successors to Handanovic at Inter.

Musso is a long-standing preference for the Nerazzurri but the Argentine costs €20 million, which is too much for Inter in their current financial situation.

Silvestri is out of contract next summer and is four years older than Musso (30, whereas Musso is 26), both of which mean he would cost far less.

Antonio Conte still trusts Handanovic and has played him in every single match this season, making it difficult for anyone who wishes to come in and fight for his place.

Inter could make an arrangement similar to that at Juventus with Wojciech Szczesny and Gianluigi Buffon, the report argued, whereby a goalkeeper arrives and spends a year as Handanovic’s understudy before taking over full time.