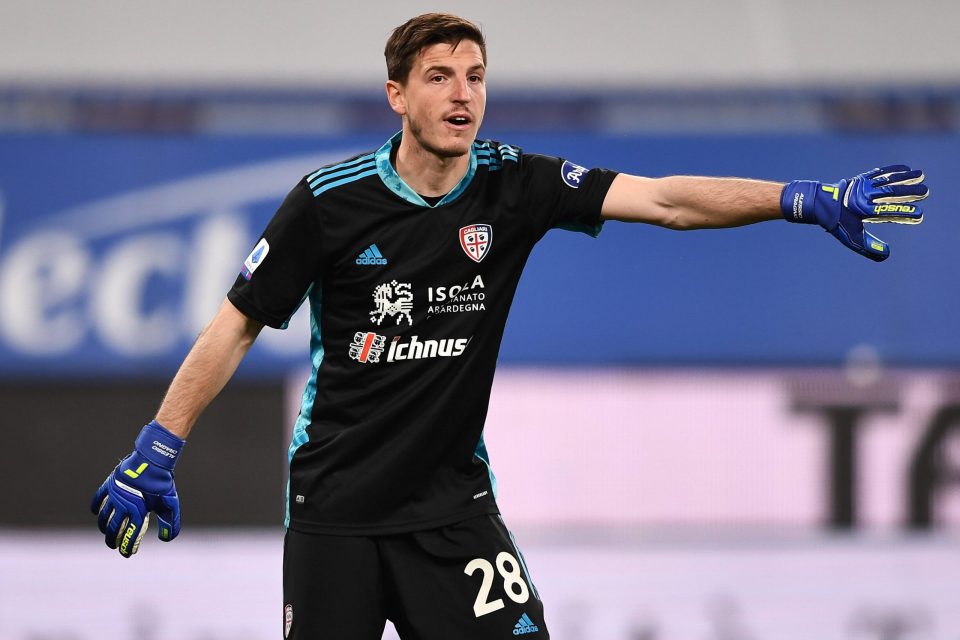 Inter will need to spend a fair amount if they wish to sign Cagliari goalkeeper Alessio Cragno, according to a report in the Italian media today.

Calciomercato.com said Cragno had established himself as one of Serie A’s top keepers and was attracting interest from Roma, Napoli, Fiorentina and Marseille, as well as Inter.

The 27-year-old would be certain to leave Cagliari if Leonardo Semplici’s side were relegated from Serie A, but president Tommaso Giulini could sit down for talks with his suitors even if they stay up.

Cagliari would want at least €15-20 million in order to sell Cragno, who the report believes is ready to make the next step in his career after several excellent seasons in Sardinia.

Inter are widely thought to be seeking a replacement for Samir Handanovic, whose future at the club is once again under scrutiny after mistakes against Napoli and Spezia this week.

However, CM said the Nerazzurri had seemingly decided to proceed with the Slovenian in goal for next season, meaning they would not be in the running for Cragno.

Another report this morning offered a similar view, claiming Inter had discarded Cragno as an option despite his good season at Cagliari.