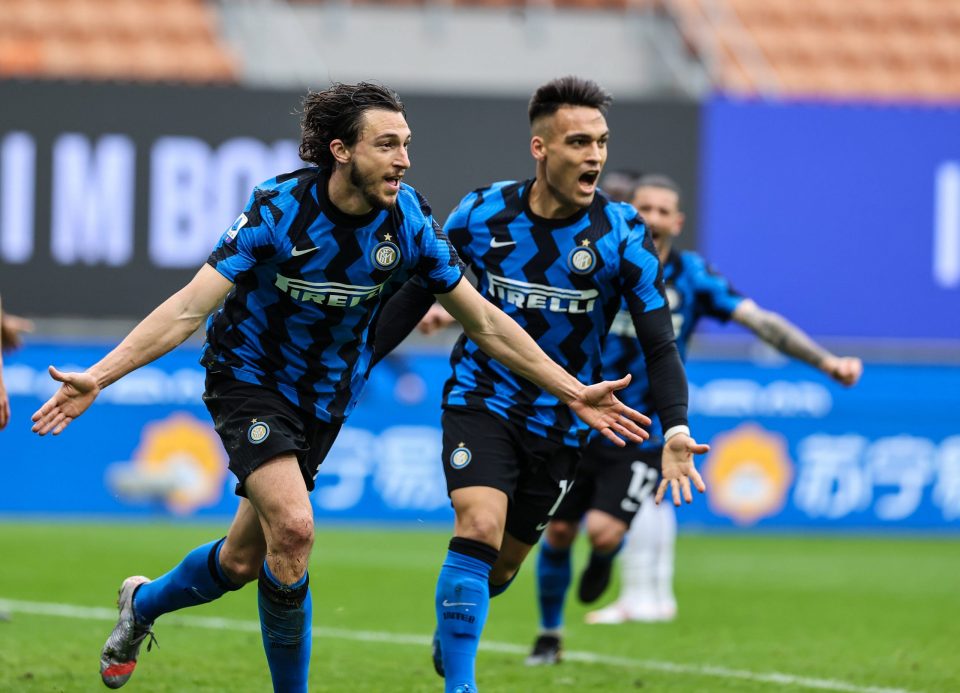 Antonio Conte has revisited Matteo Darmian’s winning goal against Cagliari to give Inter supporters a coaching lesson on social media.

Darmian secured three vital points for the Nerazzurri in a tough game at San Siro two weeks ago, extending Inter’s winning run in Serie A to 11 games.

Conte’s side have since picked up draws in consecutive away games at Napoli and Spezia, which leaves them needing eight points from six games to be crowned champions.

In the meantime, Inter’s boss has published a video of Darmian’s goal on Instagram and explained: “Against defensively minded teams with all the players in their own half…

“The importance of moving the ball from one side of the pitch to the other, spreading the play to then attack the area with at least five players.”