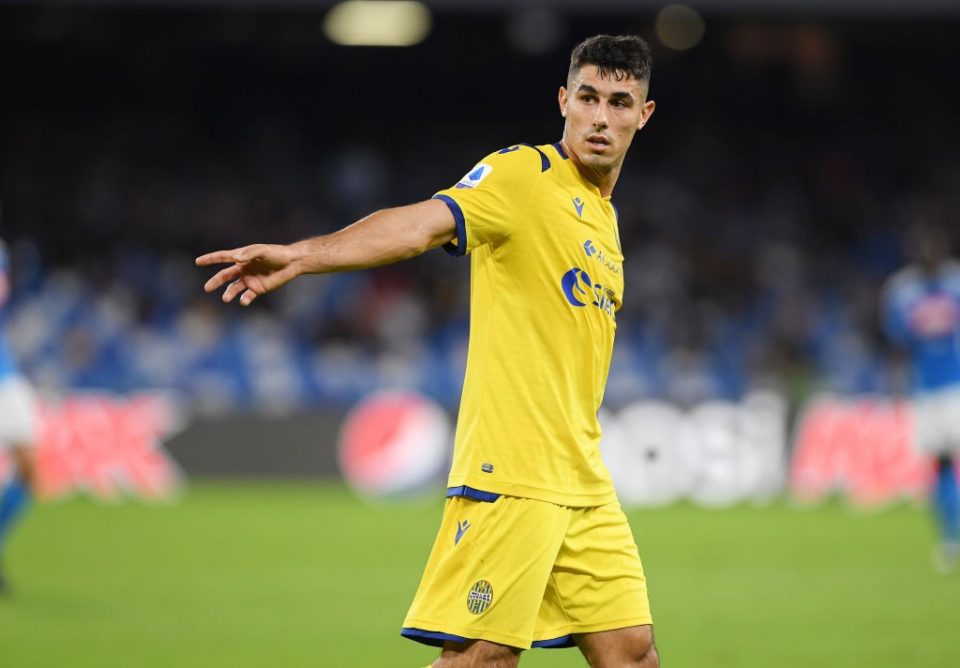 Referee Rosario Abisso was correct in disallowing a goal for Hellas Verona’s Davide Faraoni against Inter today, according to Italian television broadcaster DAZN.

Inter earned a close-fought 1-0 win over Verona at the Stadio Giuseppe Meazza in Serie A thanks to Matteo Darmian’s effort, but the Gialloblu thought they had equalised when Faraoni challenged goalkeeper Samir Handanovic for a high ball and knocked it over the line.

However, referee Abisso disallowed the goal for a foul on Handanovic, sparing the goalkeeper’s blushes, and DAZN confirmed it was the correct decision whilst broadcasting the match, as reported by FCInter1908.it.

Showing the incident in slow motion, DAZN highlighted that VAR official Luigi Nasca had pointed to a shove on Handanovic’s arm by Faraoni as they went for the ball, and issued a statement to clarify why the goal was ruled out.

“The contact is between Faraoni’s arm and Handanovic’s wrist. In the six yard area the goalkeeper cannot be challenged,” they claimed.

The victory saw Inter extend their unbeaten run in Serie A to 17 matches, whilst Verona fell to a fourth successive defeat.