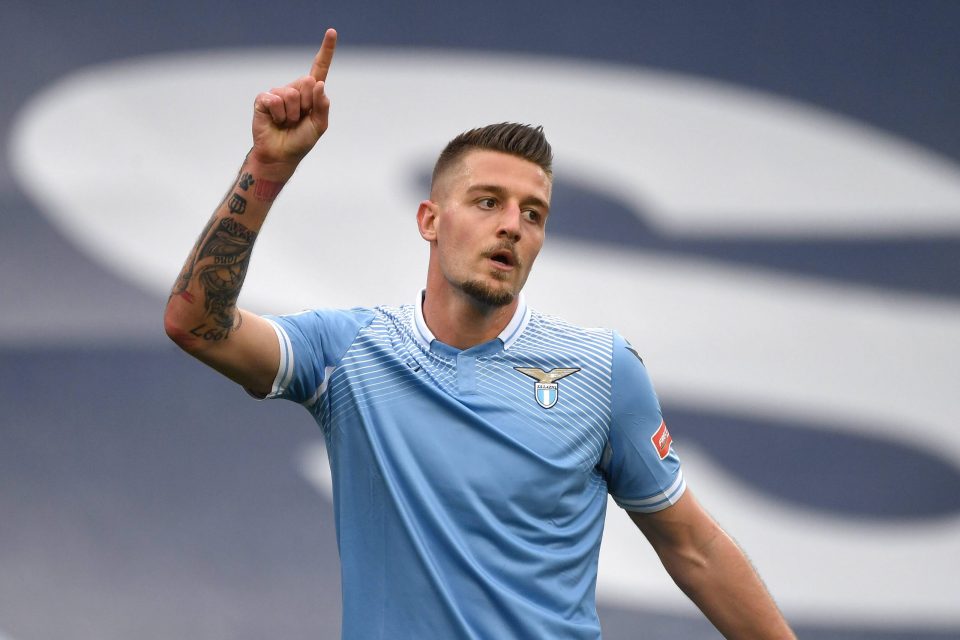 Antonio Conte wants Inter to sign Sergej Milinkovic-Savic from Lazio, according to a leading Italian broadcaster this afternoon.

Sport Mediaset (via FcInter1908.it) said Conte had requested the midfielder as the Nerazzurri’s big signing ahead of the 2021-22 season.

Inter could finance a move for Milinkovic-Savic by selling Christian Eriksen, who could return to Tottenham Hotspur in the summer.

Conte believes signing the Serbian international would help Inter continue to improve after their probable Serie A title triumph this year.

Inter will not have a clear plan moving forwards until Conte meets with Beppe Marotta, Piero Ausilio and club president Steven Zhang after the Nerazzurri have secured the scudetto.

Conte also wants Inter to pursue a deal for Emerson Palmieri though, with the full-back likely to leave Chelsea after limited game time this season.

Milinkovic-Savic has scored eight goals and provided 11 assists in all competitions for Lazio in the current campaign, while Emerson has provided a single assist in 15 appearances for Chelsea.