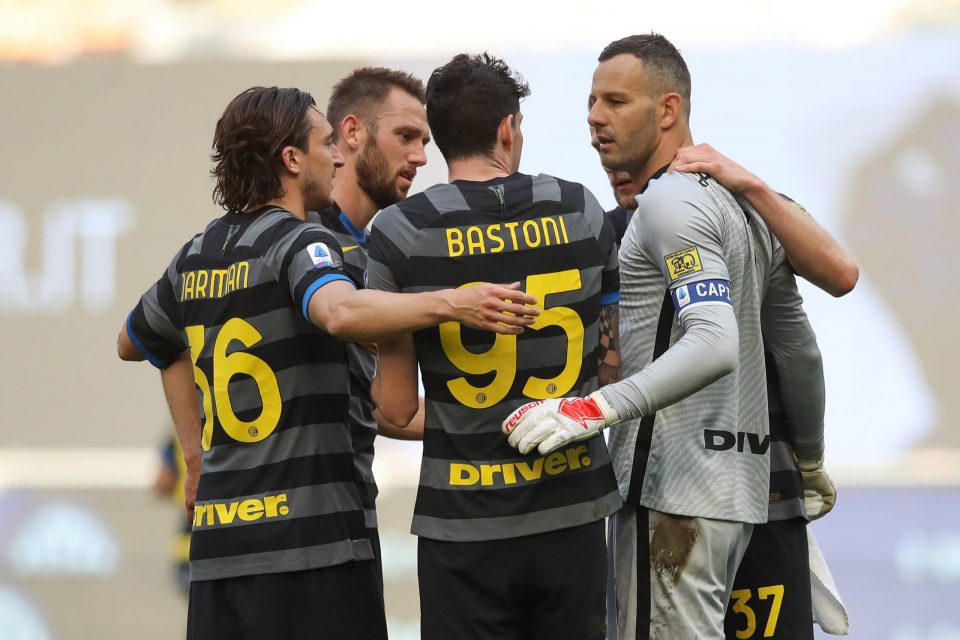 Inter were somewhat fortunate not to concede a late equaliser against Hellas Verona yesterday, according to a report in the Italian media.

The Nerazzurri were leading 1-0 in the closing stages at San Siro when Samir Handanovic bizarrely opted not to jump for a high ball, allowing Davide Faraoni to score.

Referee Rosario Abisso disallowed the goal for a foul on the Inter goalkeeper, but Gazzetta dello Sport’s print edition was not convinced he had made the right call.

“The contact is enough, though, to ensure VAR didn’t intervene and recommend an on-field review for the referee.”

Abisso caused huge controversy when he last took charge of an Inter game back in 2019, awarding Fiorentina a stoppage-time penalty for a non-existent handball from Danilo D’Ambrosio.

The referee was again at the centre of attention after yesterday’s game at San Siro, but this time it seems he might have made a mistake in Inter’s favour.

Matteo Darmian scored another late winner for the Nerazzurri to move them within five points of securing the Serie A title.