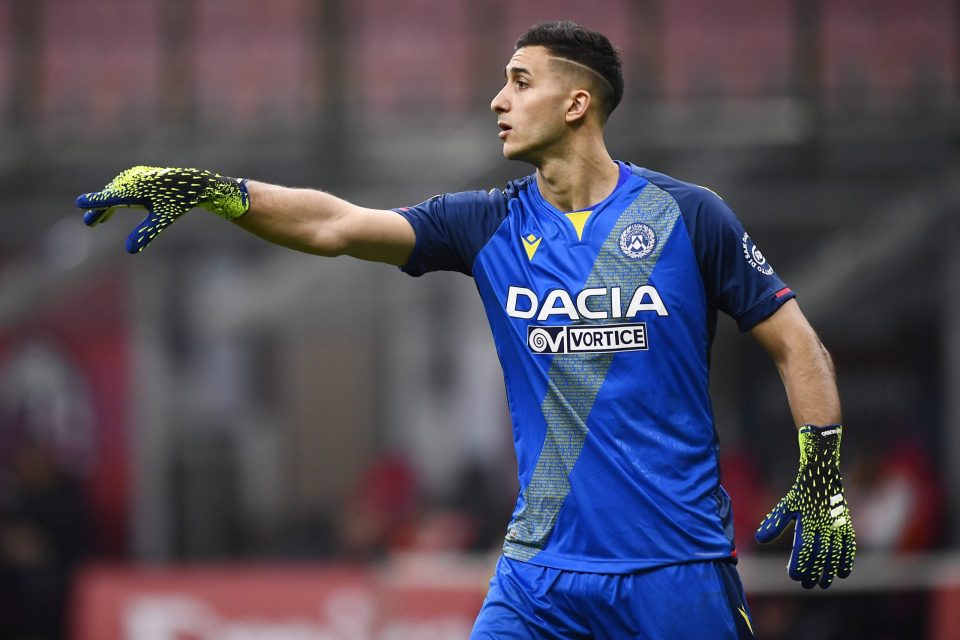 Inter have three goalkeepers in mind if they move to replace Samir Handanovic, according to a report in the Italian media today.

Corriere della Sera’s print edition admitted it would be pointless to speculate about the Nerazzurri’s transfer campaign until the club’s off-field situation became clearer.

Handanovic is back under scrutiny after three mistakes in as many matches against Napoli, Spezia and Hellas Verona, which have arguably cost Inter four points in their Serie A title bid.

Should Inter pursue a long-term replacement for the Slovenian in the summer, they are likely to move for Udinese’s Juan Musso, Cagliari’s Alessio Cragno or Hellas Verona’s Marco Silvestri.

Handanovic has returned to his shaky early-season form in recent weeks but the Milan-based paper was at pains to defend the 36-year-old from some of his harshest critics.

Inter were completely reliant upon his saves to secure a 1-0 victory over Napoli back in December, the report recalled, while Antonio Conte’s side have kept 13 clean sheets in the 21 league games since.

A report elsewhere today claimed Handanovic was no longer certain to sign a contract extension at Inter after his recent poor form.