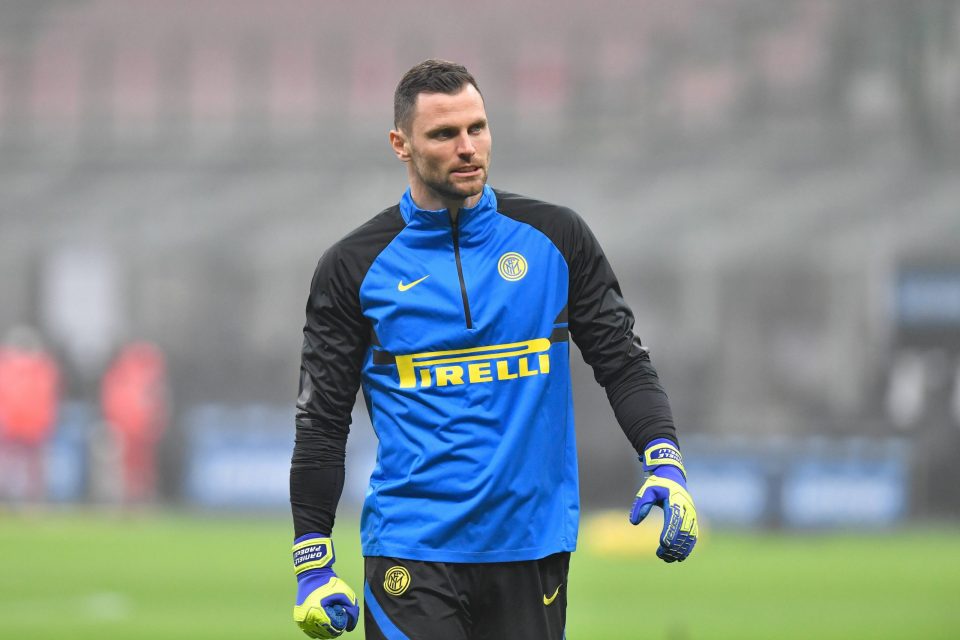 Daniele Padelli will leave Inter at the end of the season, according to a report in the Italian media today.

Tuttosport’s print edition said the goalkeeper would not renew his contract with the Nerazzurri when it expired in the summer, bringing to an end a four-year stint at the club.

Padelli is expected to re-join Udinese, where he made 12 appearances in two seasons between 2011 and 2013.

The 35-year-old has made eight appearances for Inter since joining from Torino in 2017, keeping three clean sheets.

Inter are hoping to secure a new back-up goalkeeper behind Samir Handanovic, whose own future remains in doubt after his recent poor form.

The Nerazzurri’s movements will depend on what kind of budget Steven Zhang can guarantee from Suning though, with the likes of Juan Musso and Alessio Cragno expected to cost a lot.

Padelli’s last competitive appearance for Inter came in February 2020, during a 2-1 win over Ludogorets in the UEFA Europa League last 32.