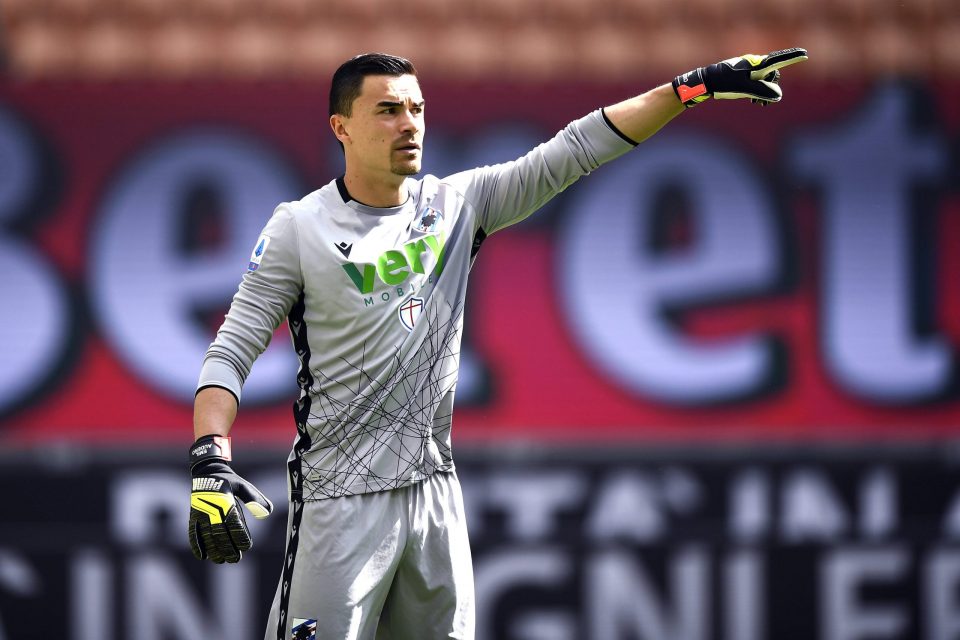 Inter are one of four Serie A clubs interested in signing Sampdoria goalkeeper Emil Audero, according to a report in the Italian media today.

Genova-based newspaer Il Secolo XIX said the Nerazzurri were in contention with Juventus, AC Milan, Roma and Paris Saint-Germain for the promising 24-year-old.

Audero has attracted interest after an excellent third season at Sampdoria, which saw him save a penalty from Alexis Sanchez during the Blucerchiati’s 2-1 win over Inter back in January.

Inter are expected to keep Samir Handanovic as their first-choice goalkeeper for another season, but they are looking for his long-term successor already.

Handanovic’s future is back under scrutiny after three mistakes in consecutive matches against Napoli, Spezia and Hellas Verona.

Udinese’s Juan Musso, Cagliari’s Alessio Cragno and Hellas Verona’s Marco Silvestri have also been linked with replacing the Slovenian, who is reportedly no longer certain to receive a contract extension after his recent poor form.