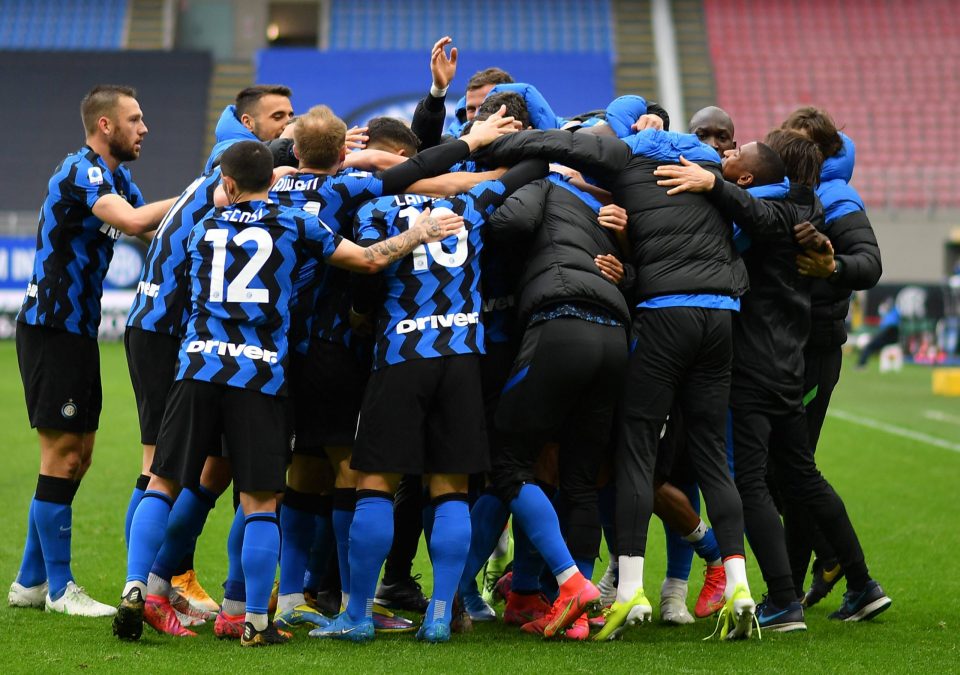 Inter could be crowned Serie A champions without playing on Sunday but the Nerazzurri are anything but strangers to that, a report in Italy highlighted today.

Gazzetta.it recalled that Jose Mourinho’s side also celebrated the scudetto ‘on the sofa’ back in the 2008-09 season, when Inter were given a helping hand by a fresh-faced Samir Handanovic.

AC Milan travelled to play Udinese the night before Inter were due to host Siena and the Rossoneri fell to a 2-1 defeat, handing the title to their neighbours with three games to spare.

Handanovic was in goal for Udinese in that match and produced a series of impressive saves to help Pasquale Marino’s side secure victory.

Inter’s fans congregated outside the team’s training ground at Appiano Gentile to celebrate the club’s 17th league title, where they were greeted by Massimo Moratti and Julio Cesar.

Mourinho’s side took care of business anyway the following day by beating Siena 3-0 at San Siro, with Cesar recently revealing an amusing anecdote about what happened in the build-up to that game.

Inter can secure the club’s first scudetto since 2010 on Sunday if they beat Crotone (on Saturday) and Atalanta fail to win away at Sassuolo.